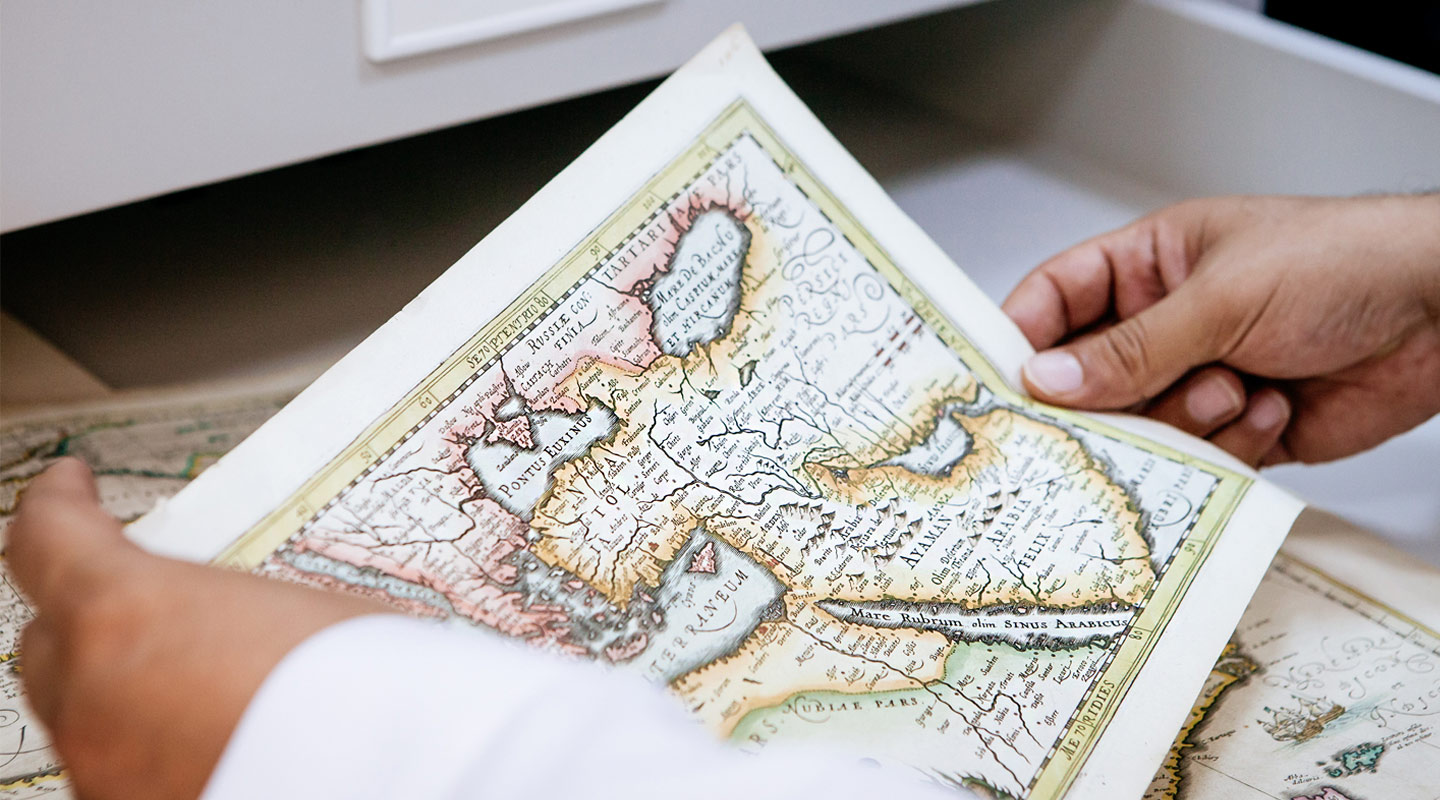 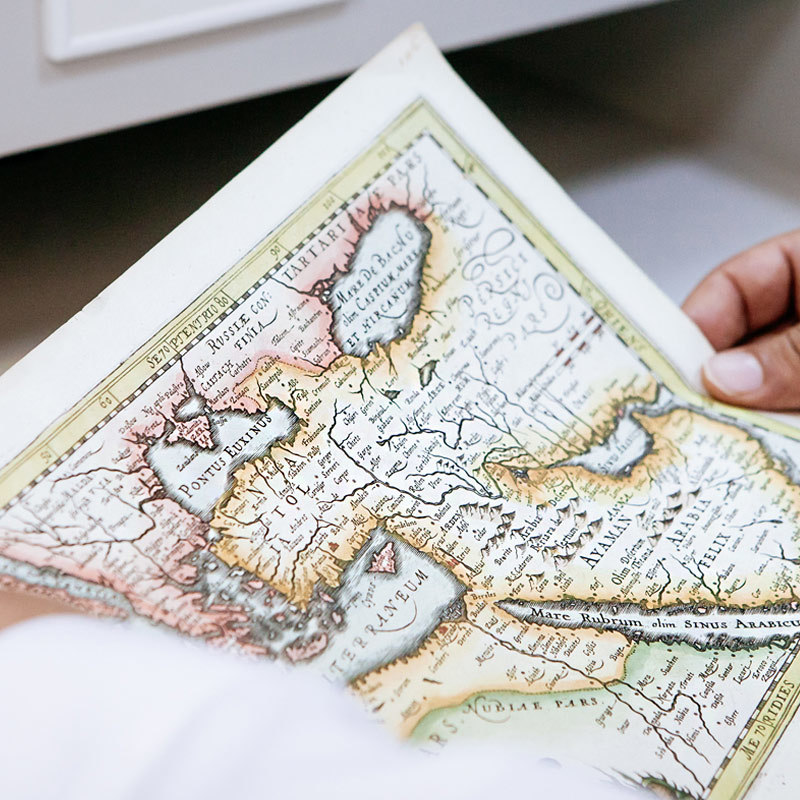 A collection of maps in Riyadh’s King Abdulaziz Public Library preserves how the world was seen in the past.

One of the oldest maps of the Arabian Peninsula shows a rather square and out of proportion landmass, surrounded by a turquoise-coloured sea. Cities like Jeddah, Abu Dhabi or Aden are absent from the map – those in their place bear names that are no longer familiar. Small, peculiar islands dot the water, and a benign-looking sea monster swims off the coast of present-day Oman.

While the monster is pure decoration, the rest – the sharp coastline, the misplaced islands – represent how the world was once seen. The map dates back to 1578, and is a reprint from the famous second century gazetteer ‘Geographia’, produced by the ‘father of cartography’ Claudius Ptolemy, a Greek scholar who headed the famous Alexandria Library between the years 127 and 150.

According to James V. Parry in his 2004 article ‘Mapping Arabia’ for AramcoWorld magazine, ’Geographia’ was the result of Ptolemy’s attempt to pinpoint on maps all of the known world’s places, which numbered around 8,000 at the time. The whole work came to include between 26 and 64 regional maps, none of which remains today.

‘This here is one of the first printed maps of the Arabian Peninsula, and a reprint of Ptolemy’s,’ says Nabil Hussein Agha, an employee at the King Abdulaziz Public Library in Riyadh. 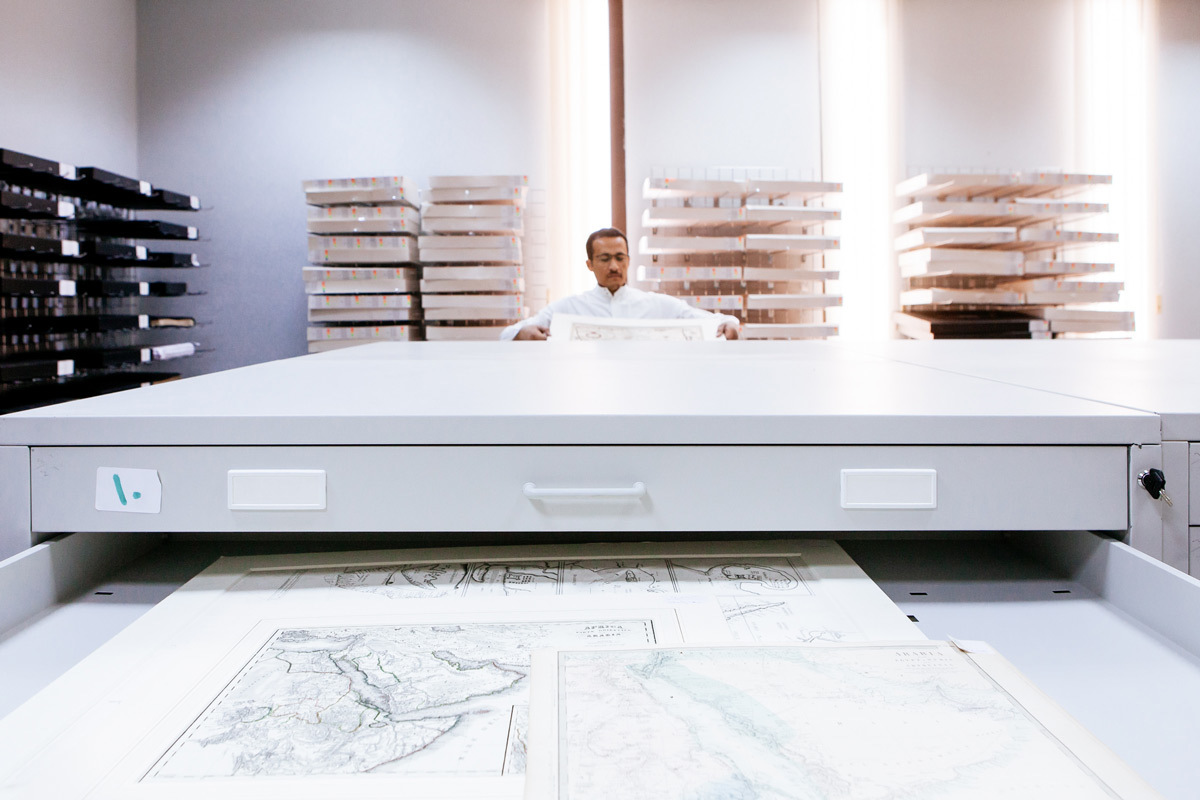 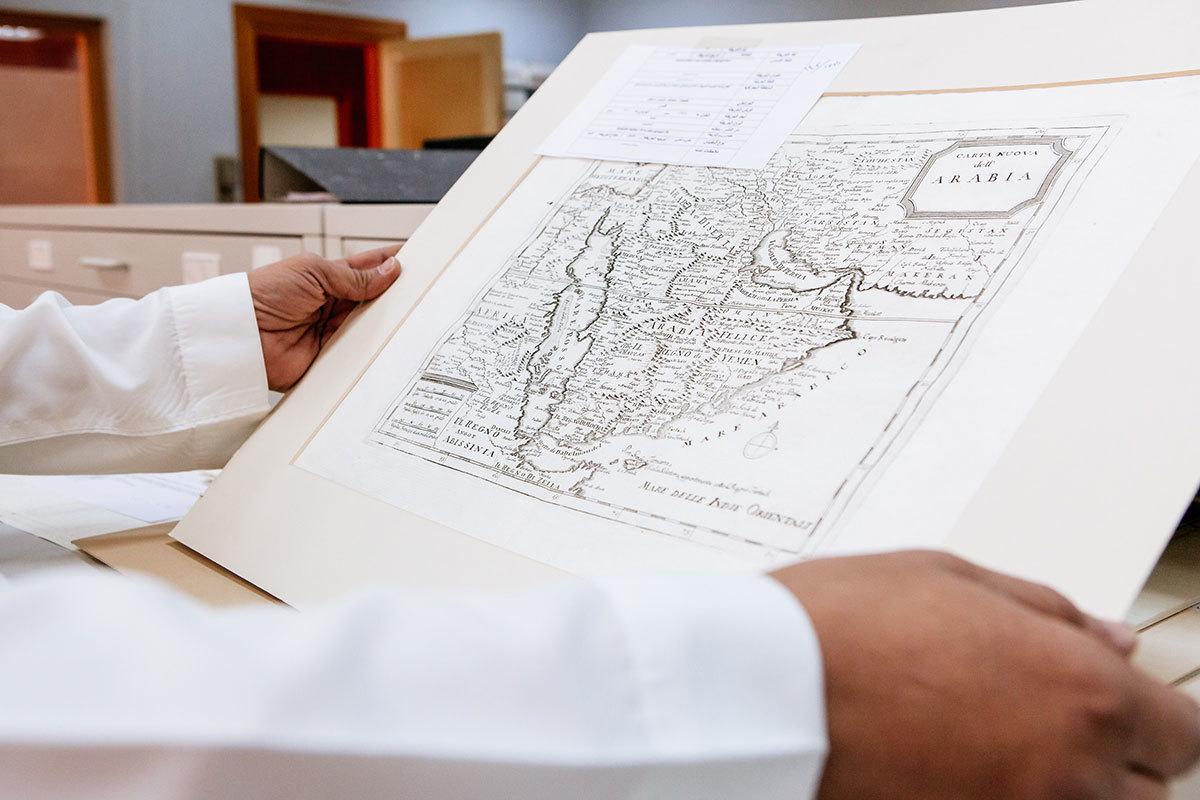 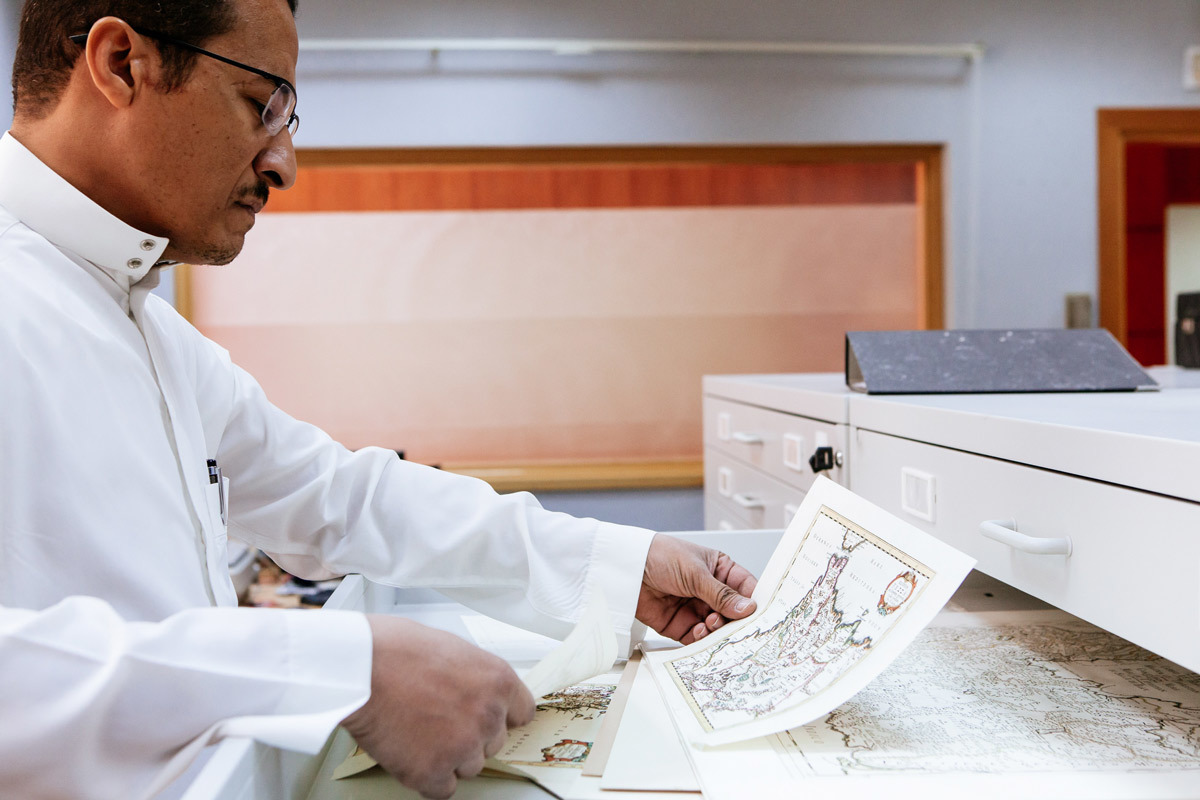 He points to a map from the 15th century, roughly outlining Saudi Arabia and its neighbours. It’s kept in a wooden showcase at the library, standing in a long corridor leading to different rooms and departments – one for manuscripts, another for coins, still others for photographs and calligraphy. There is also a door leading to an archive of antique maps, with 800 collected pieces.

Inside this room, the walls are lined with oblong shelves, and a large white storage drawer stands in the middle. Abdullah Al Khenin, who has worked with maps and photographs for 10 years, is in the midst of organising some of the documents.

‘We have maps from all over the world here. We often acquire entire collections of books, maps and manuscripts. We buy them from people, or from online auctions,’ he says. ‘Right now we’re digitising everything, to make it available to researchers and others online.’ 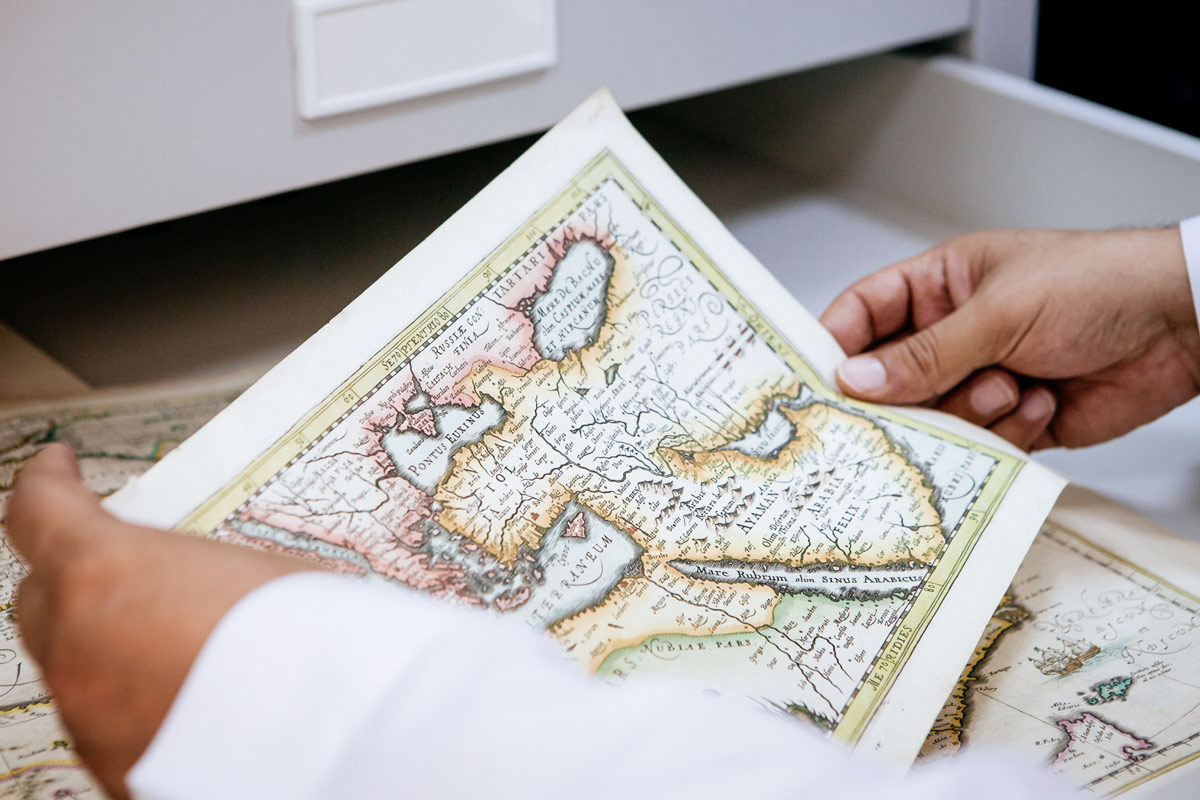 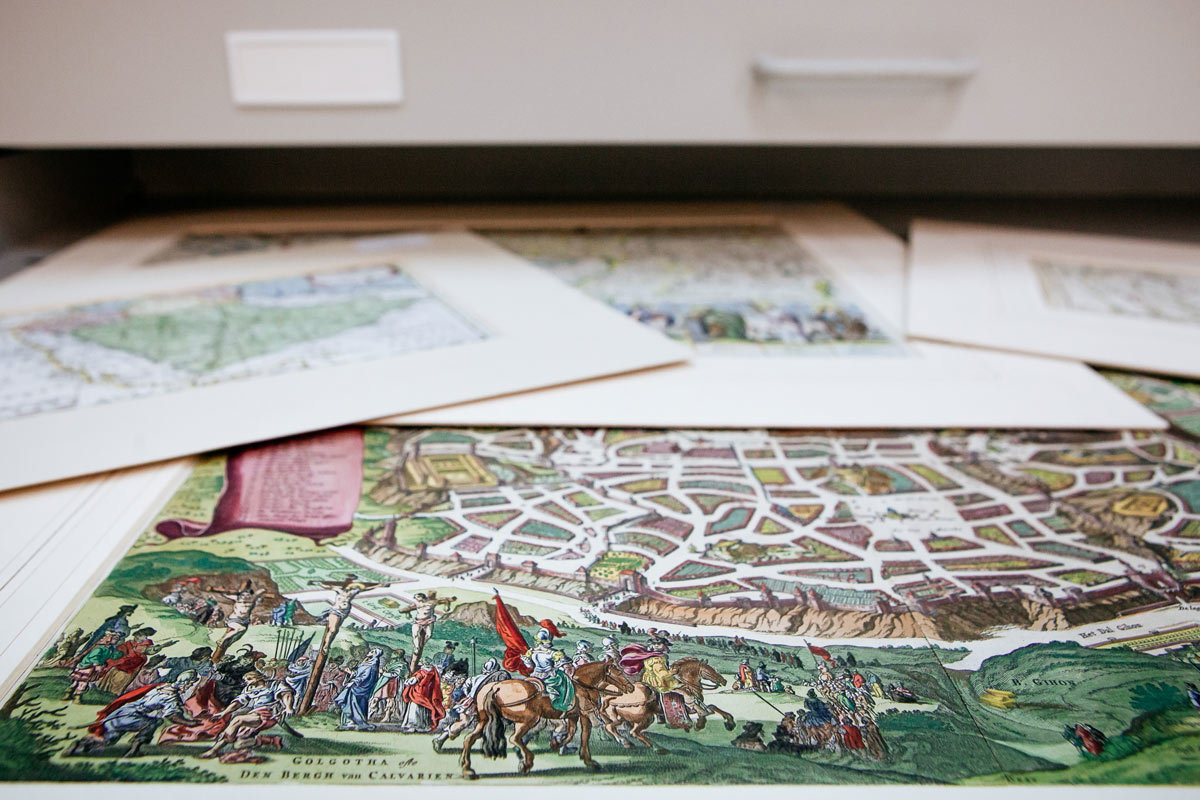 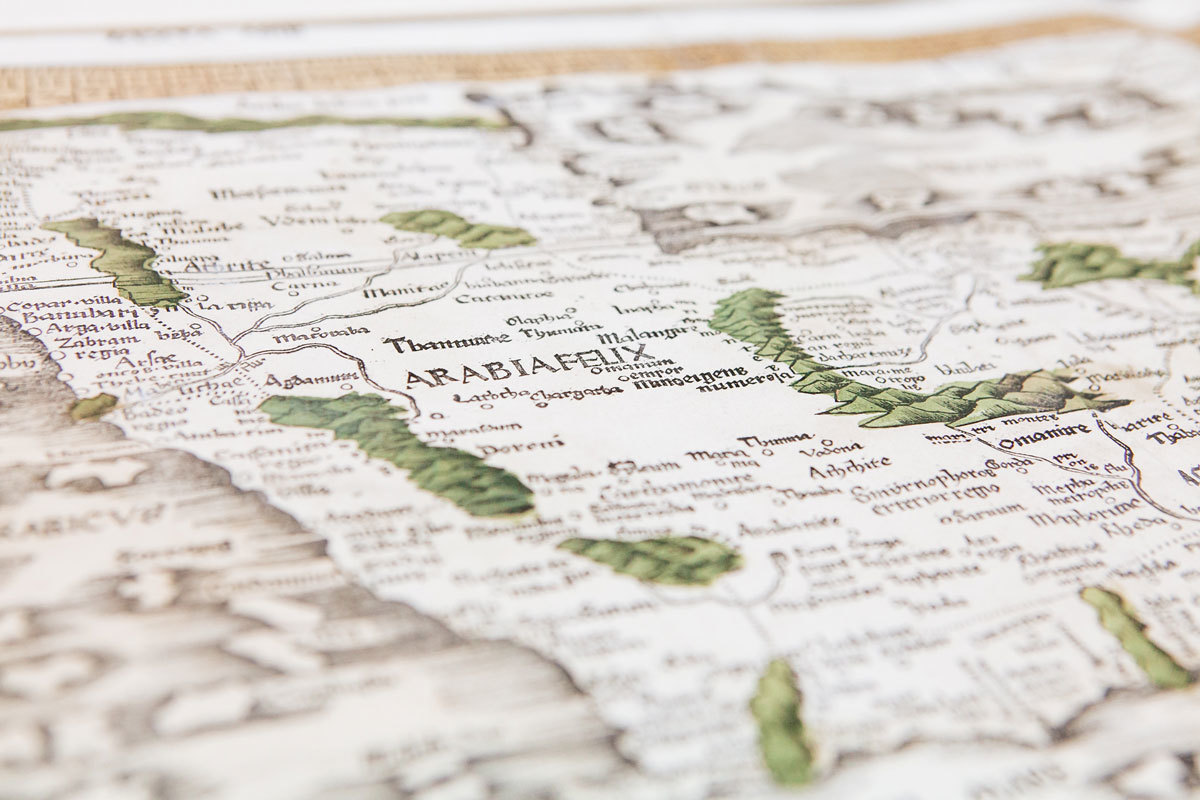 Inside one of the drawers is an old map separating the Arabian Peninsula in three: ‘Arabia Petraea’ and ‘Arabia Deserta’ in the north and ‘Arabia Felix’ in the centre. Another shows a colourful depiction of ancient Persia, with sketches showing people in traditional clothes.

Parry writes that mapmakers of the past would base their work on whatever knowledge was available at the time – often guesswork to a certain extent, as many had not visited the places they portrayed. A map from 1548, the first to show Arabia in its entirety, accurately positions coastal cities, but also includes an entirely fictitious lake in the middle of Saudi Arabia’s Rub Al Khali desert.

Ptolemy, when working on his collection of maps in the second century, was much ahead of other cartographers. Arab scholars continued building on his ideas at the time, including Al Fazari who listed distances between different towns in the 770s, and the court cartographers of Abbasid Caliph Mamun, who produced an ambitious and extensive world map.

The leading Arab geographer was Muhammad Al Idrisi, a traveller who visited Central Asia, England and Constantinople before settling down in Roger II’s Sicily in the 1100s. There, he was assigned to compile all available information on the climate and geography of the world’s most populous areas into a book. It took 15 years of research before the volume came out, only weeks before the king died. Amazingly, Al Idrisi had determined that the circumference of the earth was 37,000k, a miscalculation amounting to less than 10 per cent.

It was only in the 13th to 15th centuries, when Ptolemy’s work was translated back to Greek and Latin from the Arabic versions, that it became well known to European geographers, notes Parry. That was also when mapmaking started on a larger scale, owing to developments in the printing industry in the 15th century. 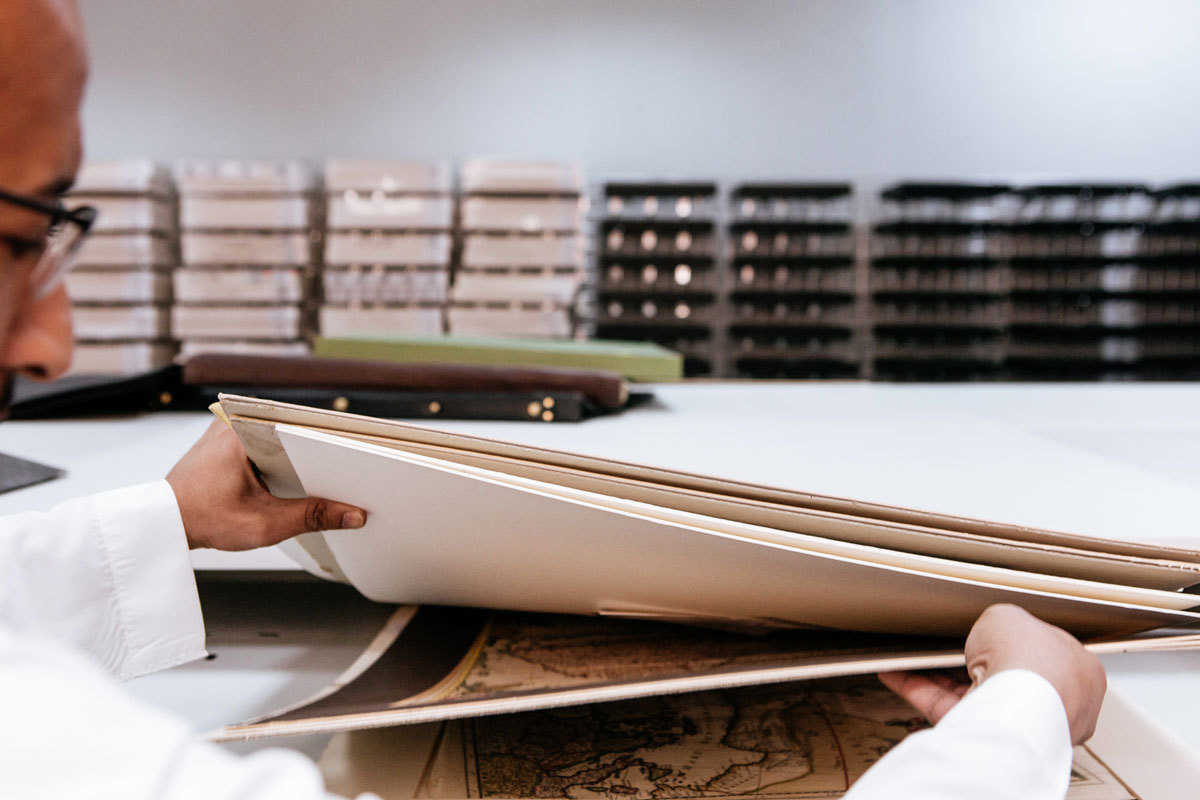 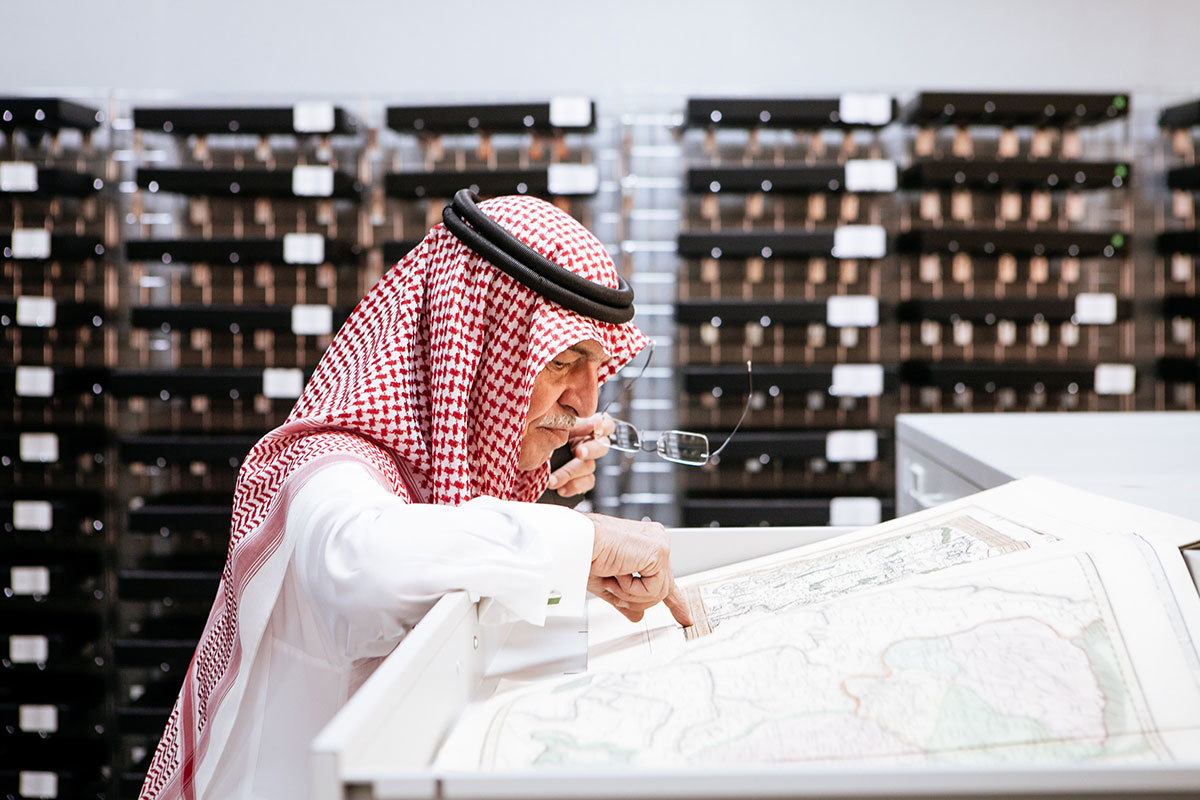 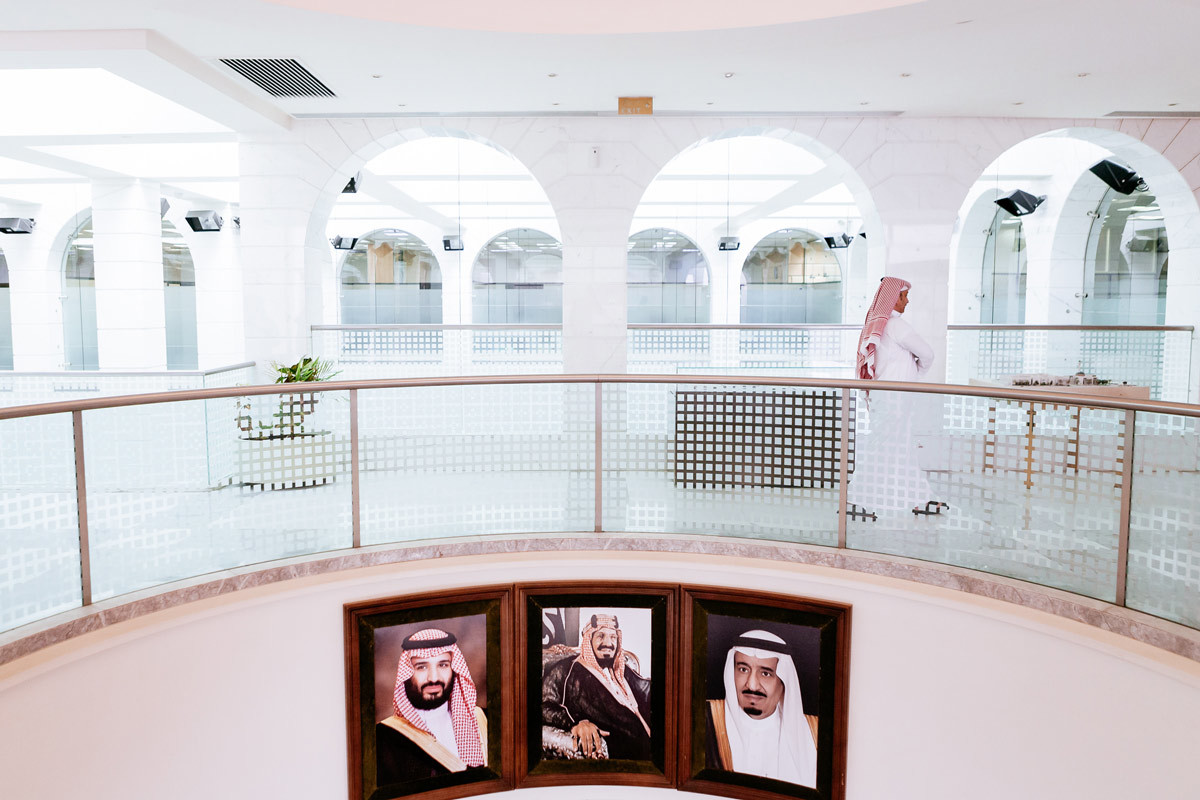 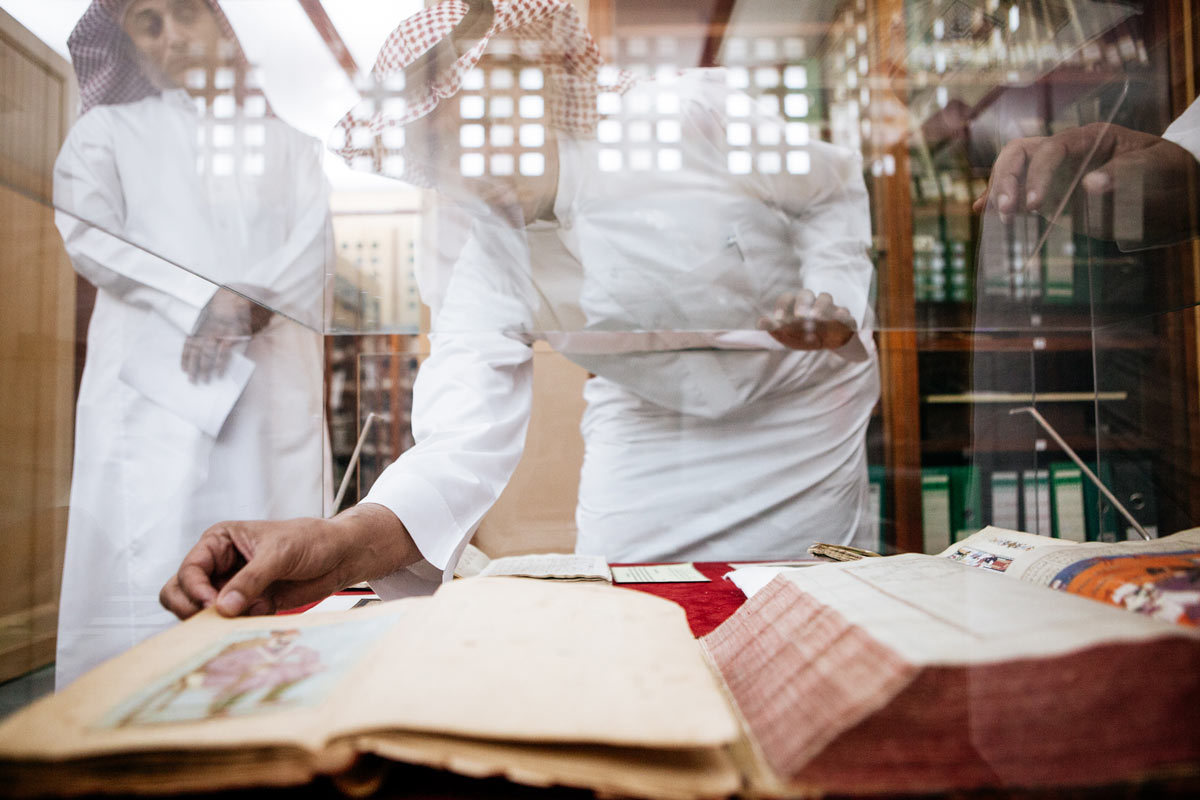 As well as antique maps, the library has collections of manuscripts and coins 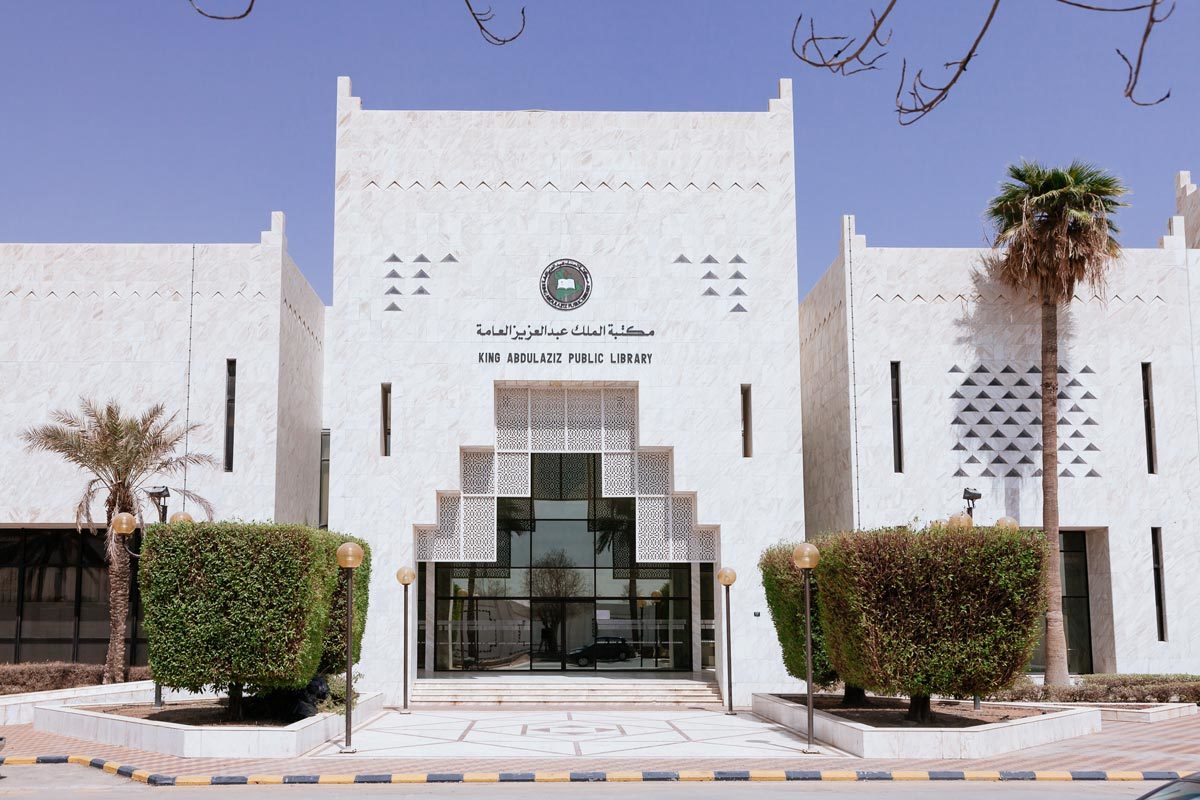 Agha opens a drawer and shows a large map, with names written across the surface. None correspond with Saudi towns today, but rather with tribes that inhabited the peninsula in the past. ‘Here, for instance, is Riyadh but it says Al Jamama. That’s what Riyadh used to be called, from the tribe coming from here,’ says Agha.

‘Tribes were not settled of course, they moved from place to place. There were two great migrations every year, mentioned in the Quran. In summer, people went north to present-day Jordan, Iraq and Syria. In winter, they went to Yemen.’

The climate of the Arabian Peninsula, with its vast and empty lands, meant that many parts were not mapped until late in history. Bedouin communities had skills and techniques for navigating and tracking in the desert, but never had the need to write them down. And even though old incense trails and pilgrimage routes were well-travelled, they were not used by Europeans. So the exact coordinates of the city of Mecca, for instance, were not mapped until the 19th century.

Today, historical maps mainly provide a record of the past. Of historical trials-and-errors, of human imagination and inventiveness. Riyadh’s library archive in that sense serves as a reminder of what mapmaking always was about: how to make the vastness and complexity of the world possible to understand, and fit on a single piece of paper. 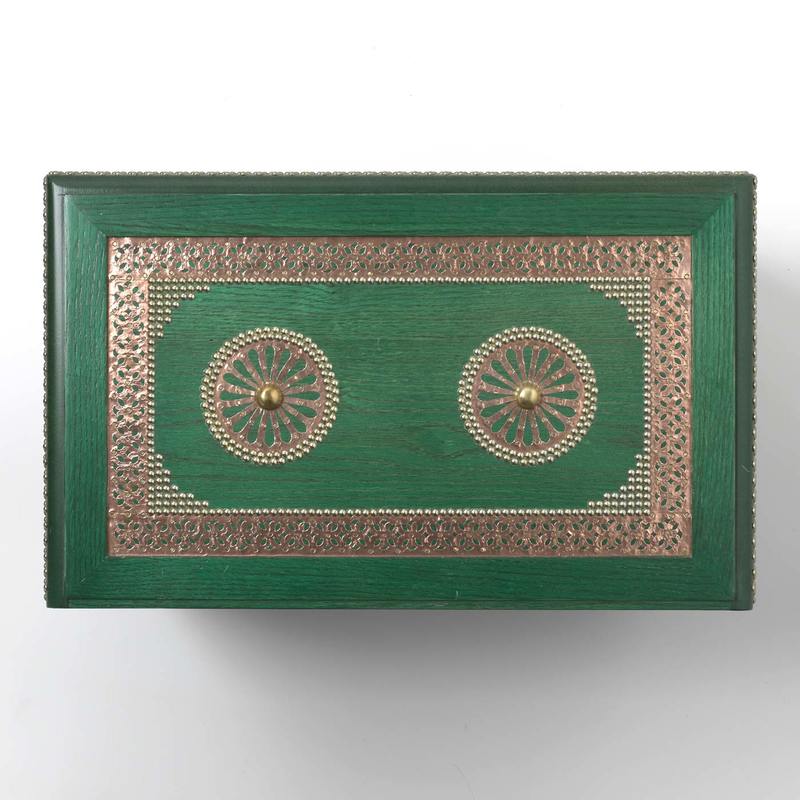 Shop the Furniture collection, handmade by artisans in the Middle East.

Discover the collection
Our Saudi