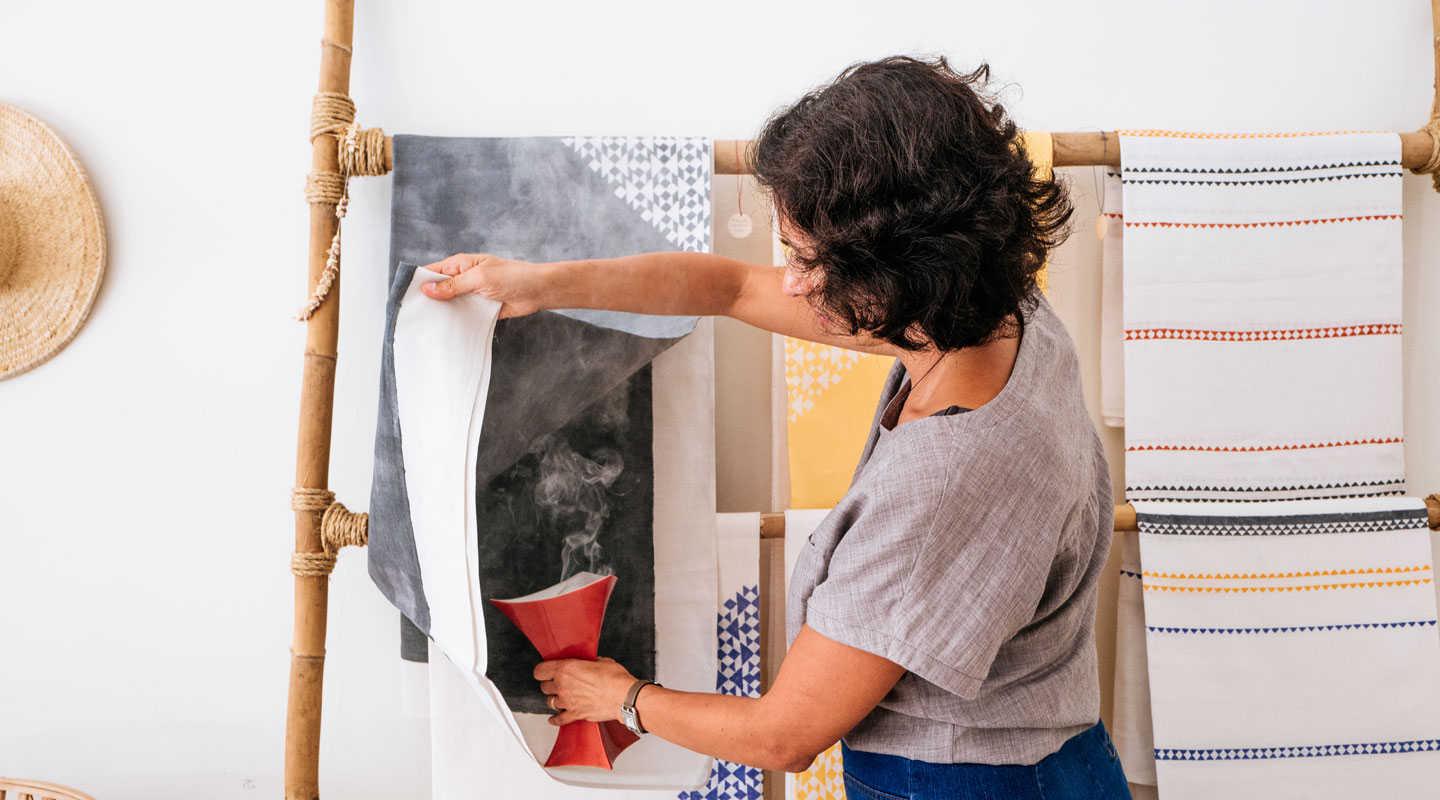 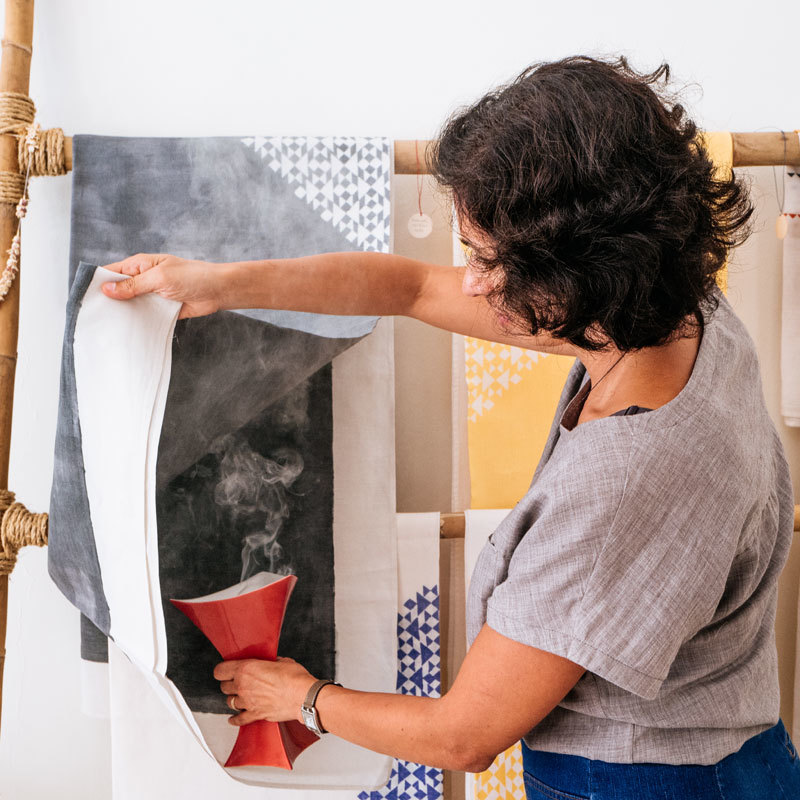 ‘The water used to come right up to the front door,’ says Laila Al Hamad. She stands at the entrance of a one-level building that’s been her family home since the 1960s, located on Kuwait’s long, seaside Gulf Road. Once a house and a beach residence, it now houses Zeri Crafts, an organisation created to elevate Kuwait’s cultural heritage.

With teak shutters and rectangular windows, the house looks much like most traditional Kuwaiti houses. One room opens up to the next, for the ease of family life and to allow the cool air to flow. But the quarters in this house are not arranged around a courtyard as is often the case – they all face the sea. The family property has served a number of purposes, from being rented to expats from Palestine and later serving as living quarters for Al Hamad’s sister upon her return from university to finally, today, housing an office and shop. ‘Opening up Zeri Crafts here felt like an opportunity to re-own the idea of ‘home’,’ says Al Hamad, who has lived abroad for a good deal of her life. 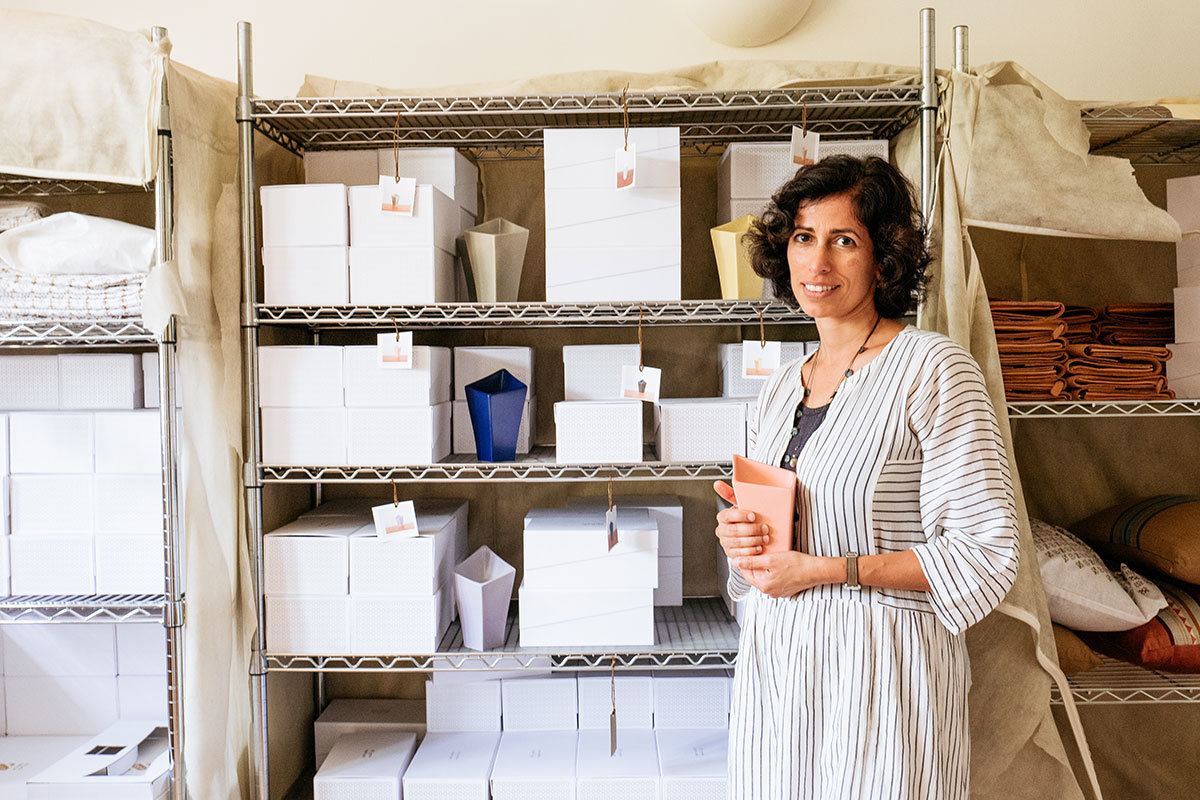 The history of the house parallels what the Al Hamad family excels at – preserving traditional arts and architecture, while letting them evolve with time. Working with local and international artisans, Al Hamad has been involved in preserving the art of Sadu weaving and incorporating elements of rural life into handmade jewellery, stationery, homeware and leather goods.

In 2011, she collaborated with Belgian-Palestinian designer Nedda El Asmar to create new versions of the mubkhar, a traditional incense holder used throughout history in Kuwait, and to give it modern forms.

‘Nowhere is the ritual of incense burning as diffuse as in the Gulf. Just as the smell of oud or scented wood permeates our homes, clothes and ceremonial halls, so too has the ritual of incense burning permeated our memories, creating a deep connection to our culture,’ says Al Hamad. ‘Unfortunately, in most households, the mubkhar had become relegated to kitchen cabinets, disconnected entirely from its beautiful ritual function. They were often either massproduced cheaply in China or created haphazardly out of precious materials, plated with silver for instance, but without much attention to design.’ 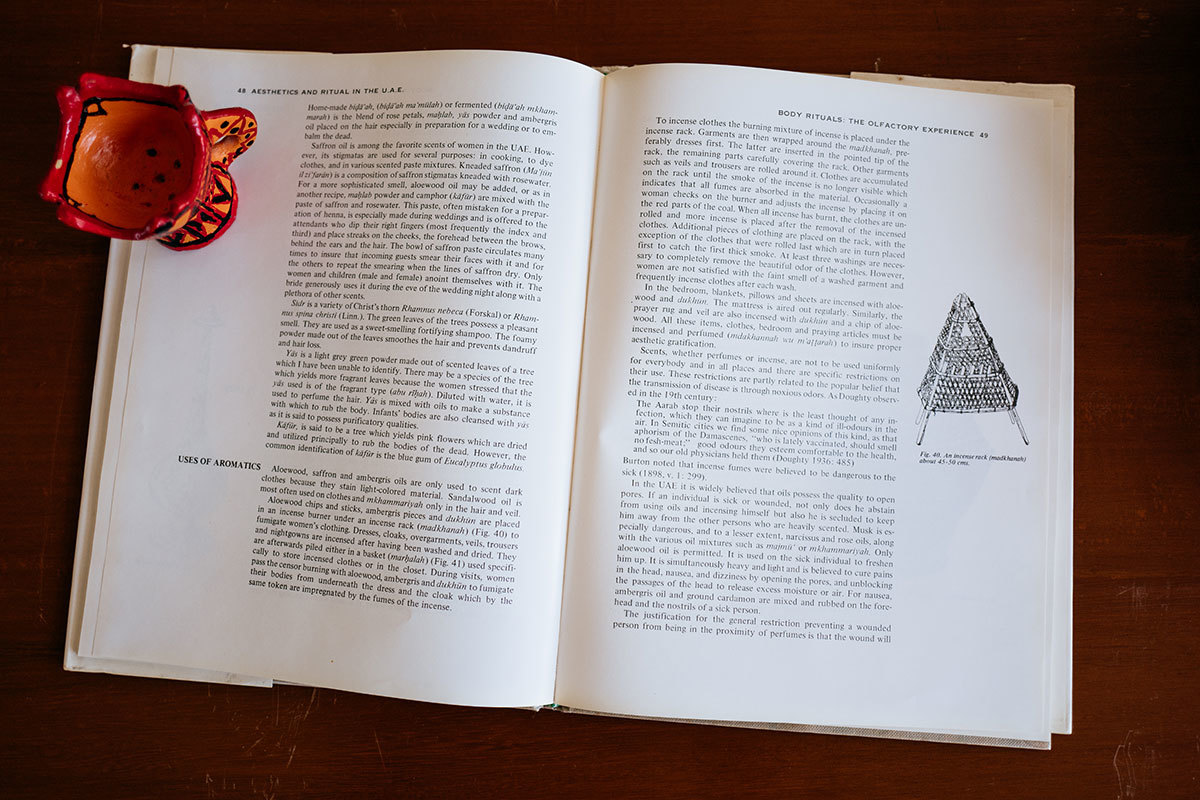 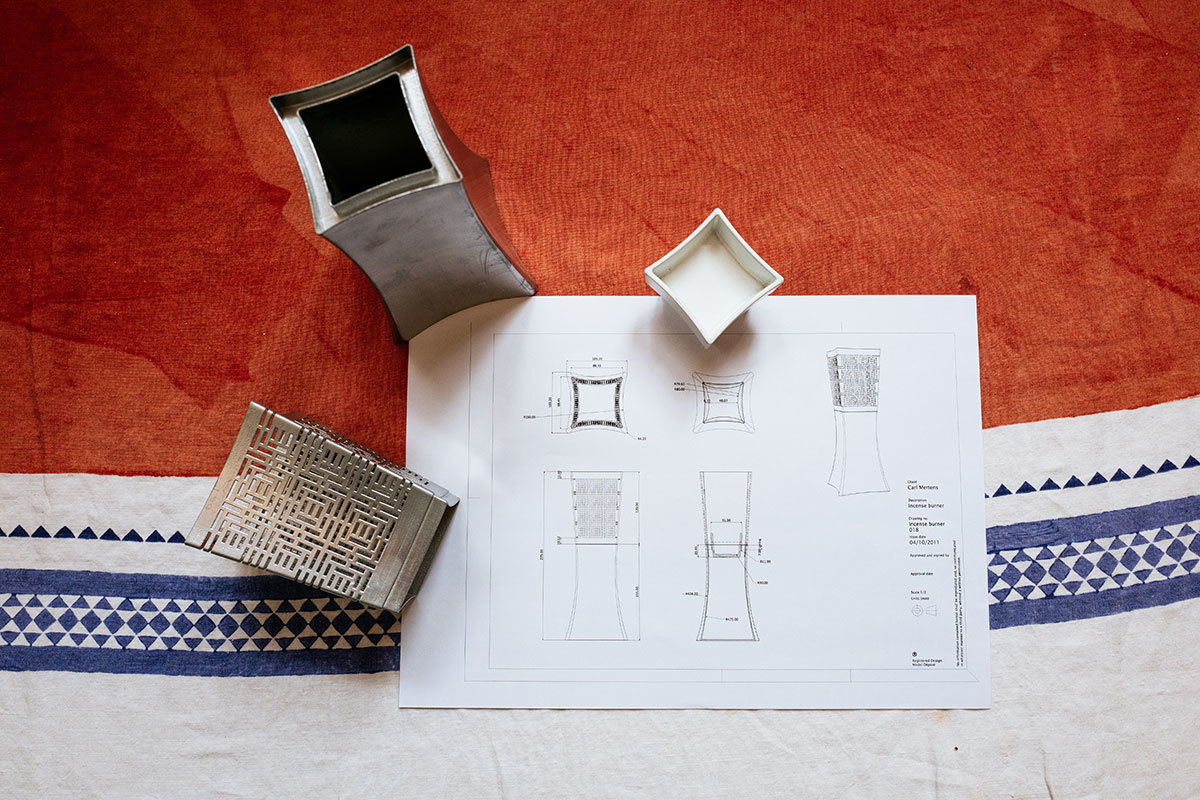 Right: A mashrabiya mubkhar in the making

That’s where the project to revive the mubkhar came in. Using porcelain, ceramic or metal, and maintaining a keen eye for both detail and practicability, Zeri Crafts began producing a line of modern incense burners that both innovate and stay true to the values of the Gulf.

The act of burning incense, called ‘tabkheer’ in Arabic, occurs so often in the region that it becomes a means to punctuate the day. The smoke serves to mark people’s comings and goings: incense is burned upon leaving the house or welcoming guests, and is left to give off smoke at the entrance during special occasions. Throughout history, incense has commonly been used for fumigating everything from bathrooms and mosques to the clothes and hair. There is even a high-end gym owner in Kuwait who has set up a tabkheer station to scent men’s dishdashas after their workout. 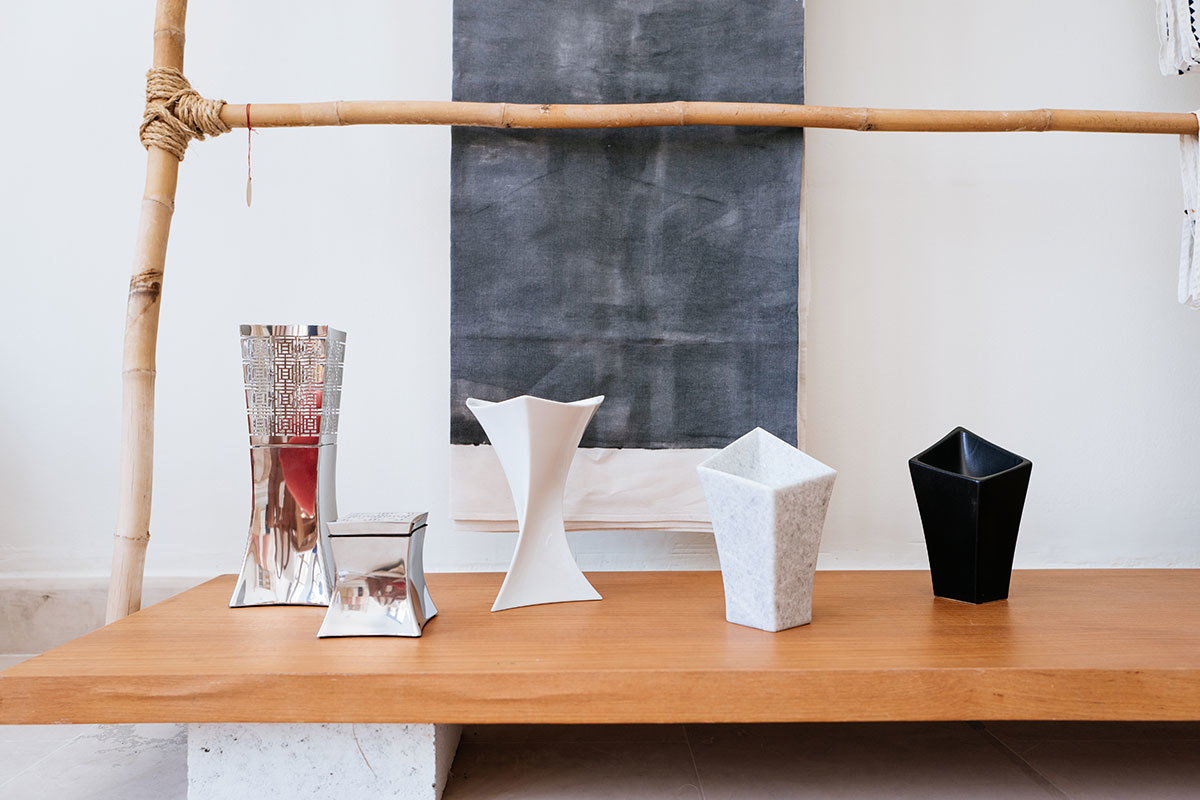 Pieces from the growing collection of mubkhars, designed by Nedda El Asmar

The act of burning incense has further significances, from the aesthetic to the psychological. Aida Sami Kanafani, in her book ‘Aesthetics & Rituals in the United Arab Emirates’, writes that the ritual is connected to ‘what the Prophet, said, did or recommended’, including for instance to ‘gather angels, exorcise bad spirits and to counter the evil eye.’

‘When I burn incense at the doorway of my home, I’m welcoming you, but I’m also checking you out,’ says Al Hamad.

Today, the traditional mubkhar of the Gulf – decorated with geometric motifs and made of clay in Yemen, Bahrain and Oman, or stone across the Arabian Peninsula – is rarely produced. Some can be found in the old souqs of Sanaa or Muscat, but only a handful of artisans remain, all of them in their sixties or seventies. One of Al Hamad’s biggest regrets since founding Zeri Crafts has been the inability to find a reservoir of local artisans.

‘The beauty of working with artisans is the flexibility of the process. Each artisan has his own style, and this comes through in the cutting or finishing of the piece. The process might take longer, but it’s also more rewarding,’ she says. 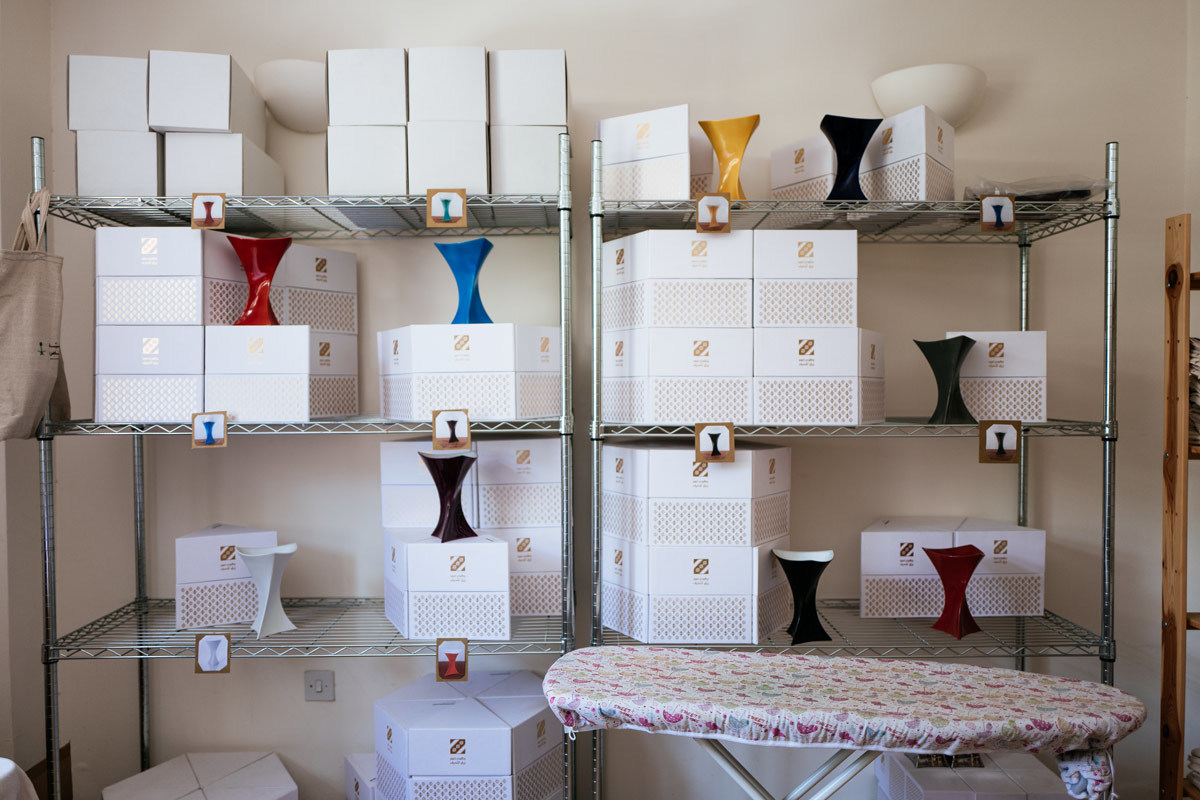 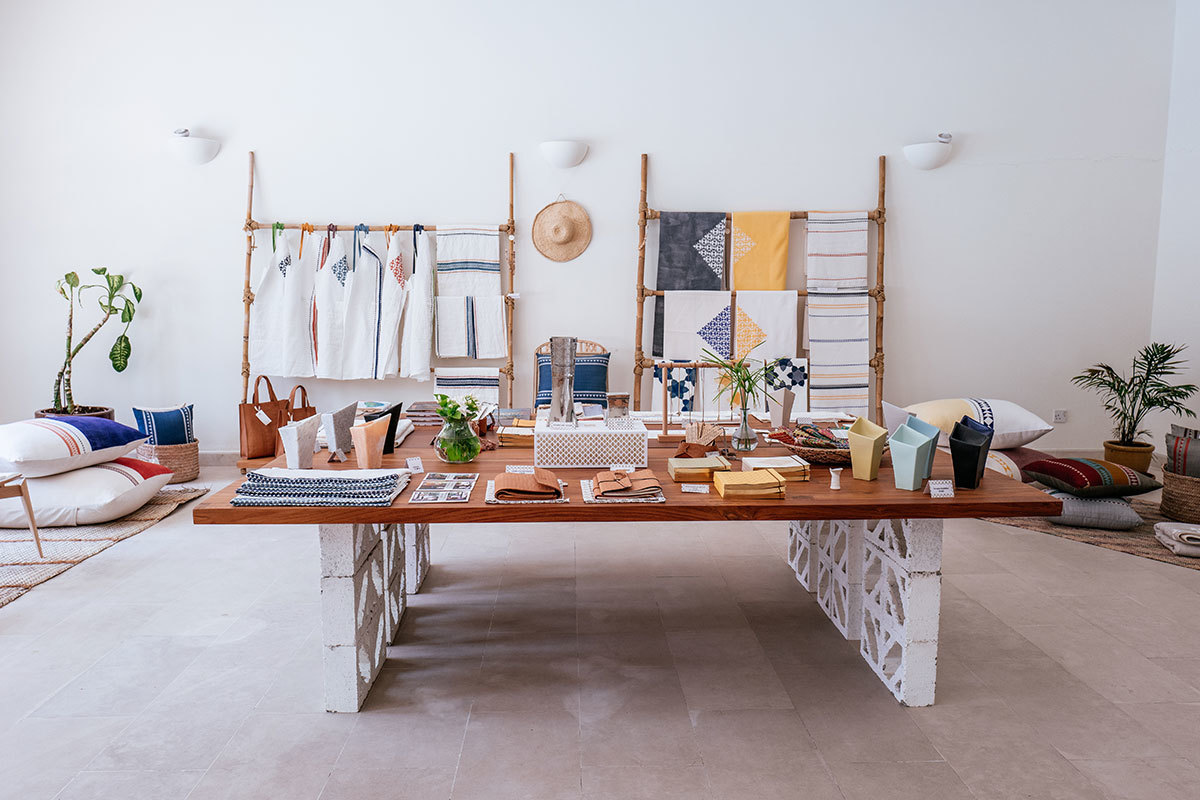 Inside the atelier of Zeri Crafts

It was building on the notion of an elevated place and presence of incense in everyday life that Al Hamad and El Asmar did their mubkhar collaborations. They have done three so far. The first, and the only one to use industrial manufacturing, was also the most difficult. Made of stainless steel, that mubkhar drew on the architecture of the Gulf and its traditional mashrabiyat windows, covered in wooden lattice. The challenge was to ensure that the metal did not get too hot when carrying the mubkhar around the home to spread smoke in all rooms. The solution was to place a piece of porcelain inside the metal frame, holding the coal and incense.

For the second and third collaborations, Al Hamad and El Asmar drew on the work of artisans in Germany and India. First, a modern looking mubkhar was carefully hand-moulded by German porcelain artisans, then Indian master craftsmen hand-carved marble pieces into a sculpturelike shape reminiscent of traditional burners. 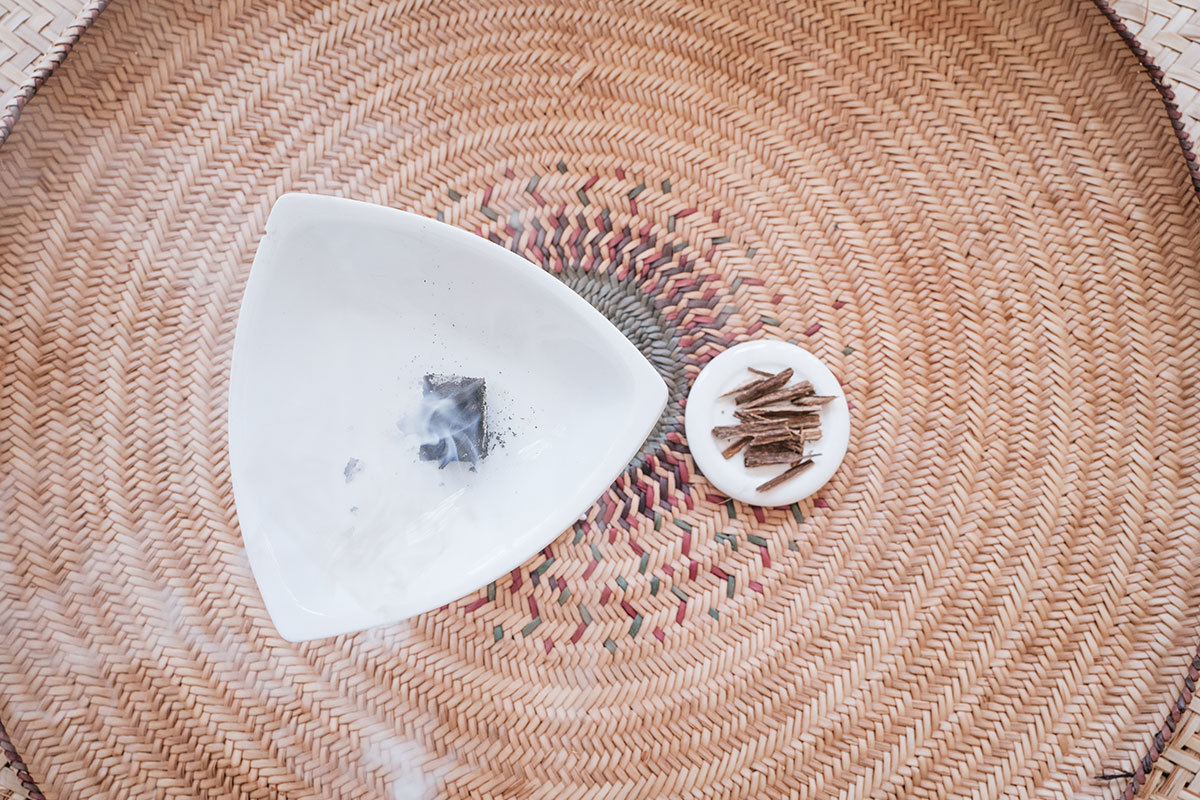 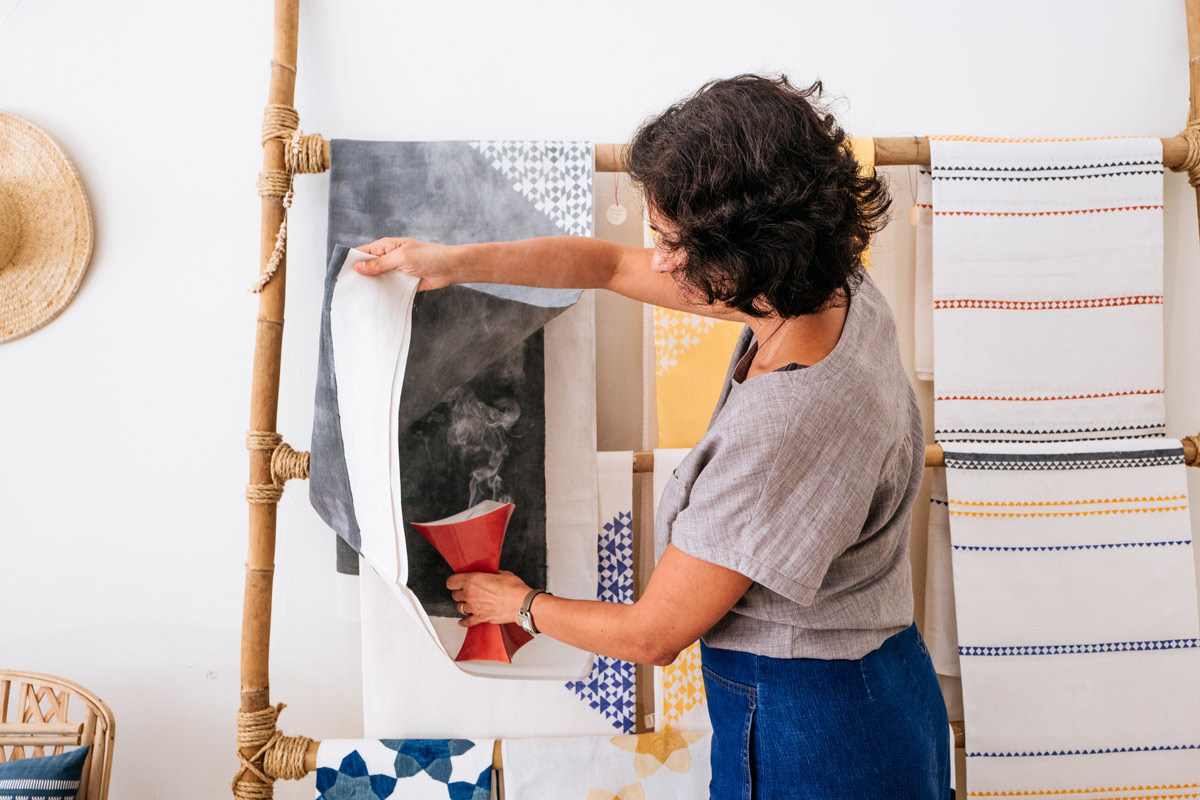 As they went through the iterations, they focused on making the mubkhar more accessible and affordable to people, easier to transport and more reminiscent of mubkhars throughout history. The most recent version is smaller and fits more comfortably in the hand, and is hand carved from stone. It was inspired by pre-Islamic mubkhars that Al Hamad saw at the Saudi National Museum in Riyadh, where local materials such as sandstone were used.

‘We drew inspiration from natural materials in the environment, and our rich cultural histories,’ says Al Hamad. Through building on the past and accommodating it to the present, Al Hamad and El Asmar have found a way to make space for the traditional mubkhar in contemporary Kuwaiti society.