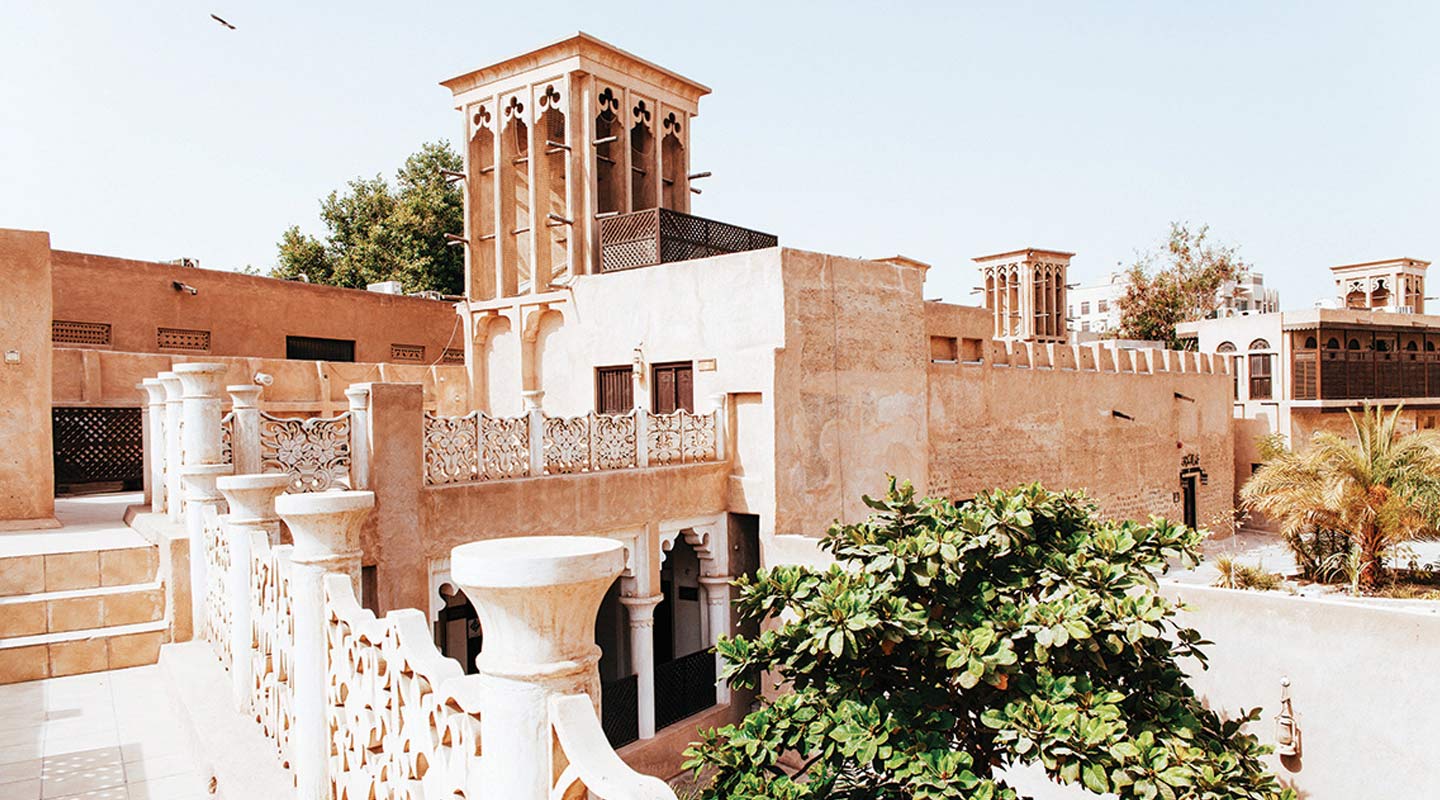 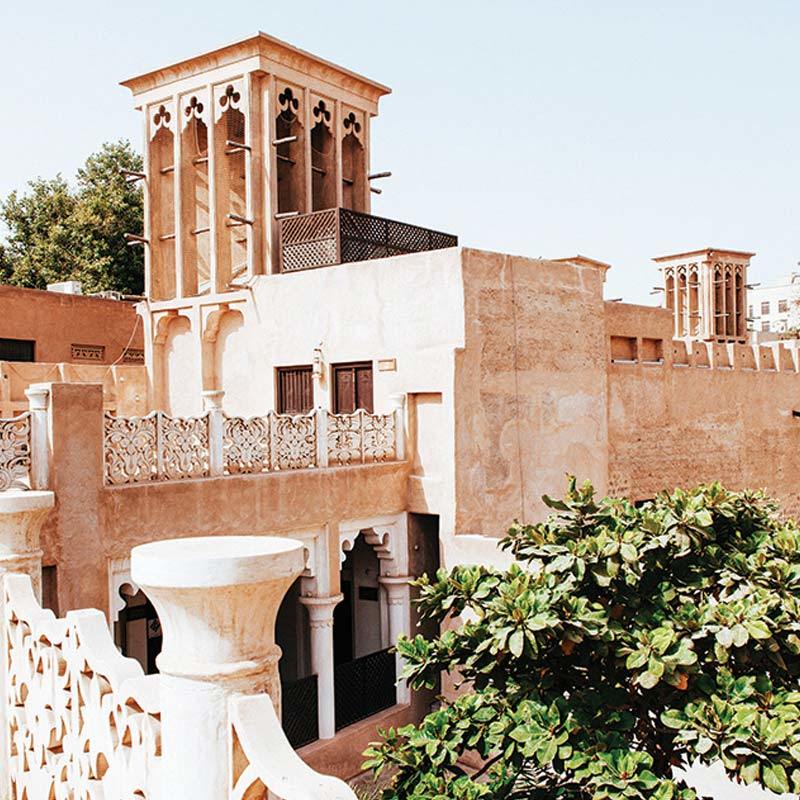 A museum and clubhouse for Emirati stamp enthusiasts based in Dubai's historic Al Fahidi district.

‘I haven’t counted them all, but I have a roomful,’ says Nasser Bin Ahmad Alserkal, describing the scale of his stamp collection. While most people’s knowledge of the UAE’s postal history is only enough to fill the backside of a postage stamp, Alserkal is the author of ‘Collecting Stamps: A Passion’, as well as its follow-up ‘Collecting Stamps: A New Vision’.

At 22-years-old, he’s also one of the youngest members of the Emirates Philatelic Association – a museum and clubhouse for Emirati stamp enthusiasts based in Dubai’s historic Al Fahidi district. Among the thousands of stamps that comprise Alserkal’s collection is a 100-strong series of ‘Dubai errors’, a sequence documenting Iraqi airmail between 1919 and 1945, as well as a Penny Black – the world’s first ever postage stamp, issued in the UK in 1840.

His contemporaries, he says, are often less enthusiastic. ‘My generation isn’t really into collecting stamps,’ he adds. ‘Sometimes people are, like, “Oh… You’re collecting stamps…” when I tell them. You know?’ 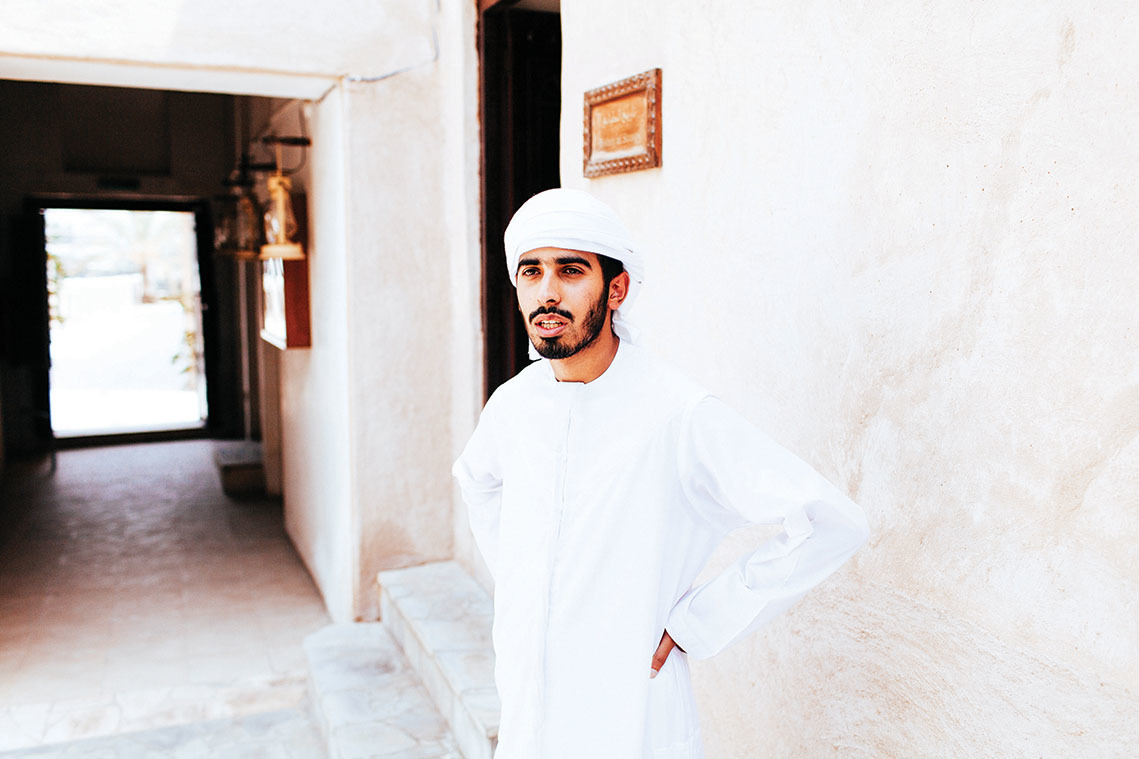 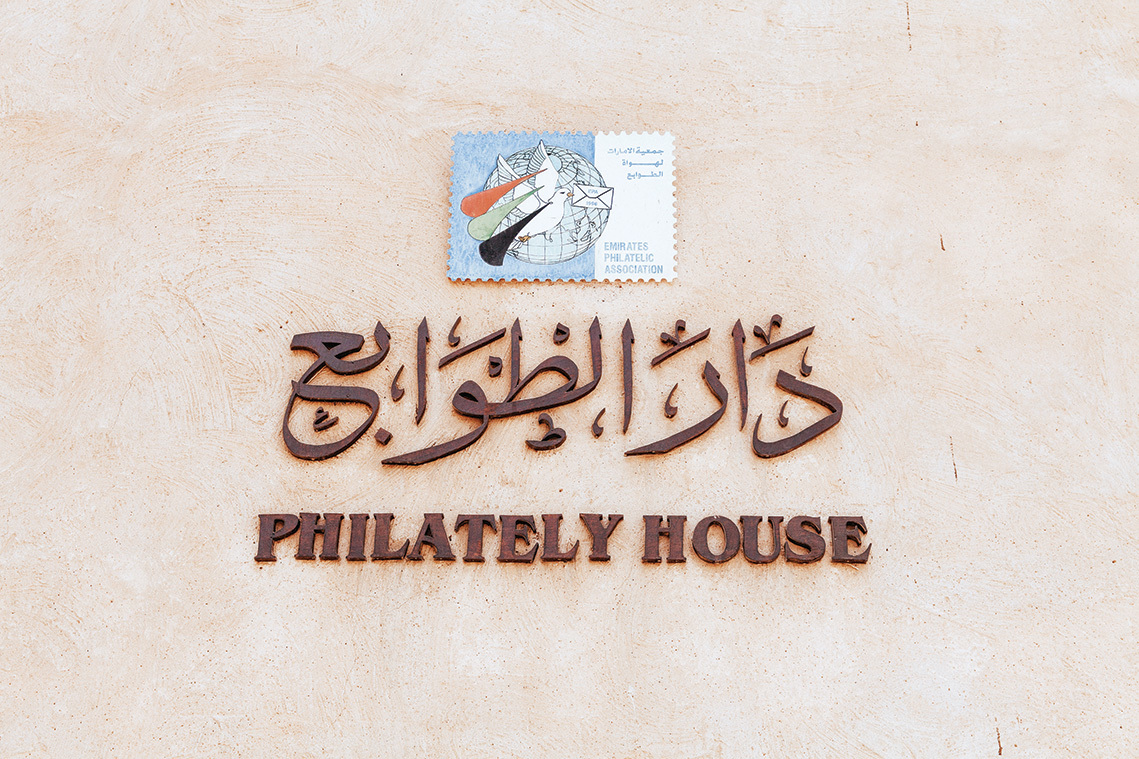 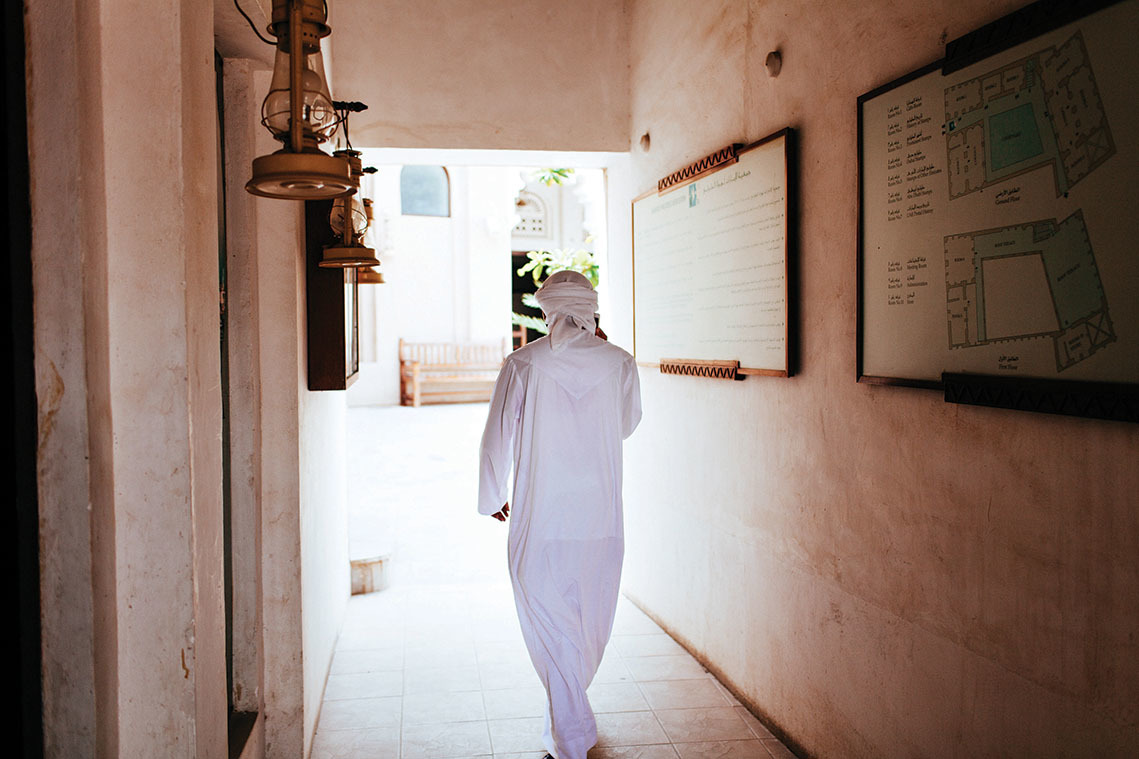 But despite stamp collecting’s lack of popularity in mainstream culture, Alserkal finds philately rewarding. ‘Your general knowledge expands, and you get to know and understand the culture of a country,’ he says. ‘Plus, the stronger your collection, the more valuable it is. It’s an investment.’

Indeed, philately is estimated to be a three billion dollar global industry; last year, a new record was set for a single stamp sale when an 1856 British Guiana one-cent magenta sold at an auction for more than nine million dollars.

At Philately House in Al Fahidi, however, stamps can be bought at the gift shop with loose change. Situated opposite Bastakiya Mosque, the association’s headquarters is spread across a two-storey house typical of the Dubai of yore – thick, stone-walled rooms and a shaded liwan enclose a verdant courtyard. 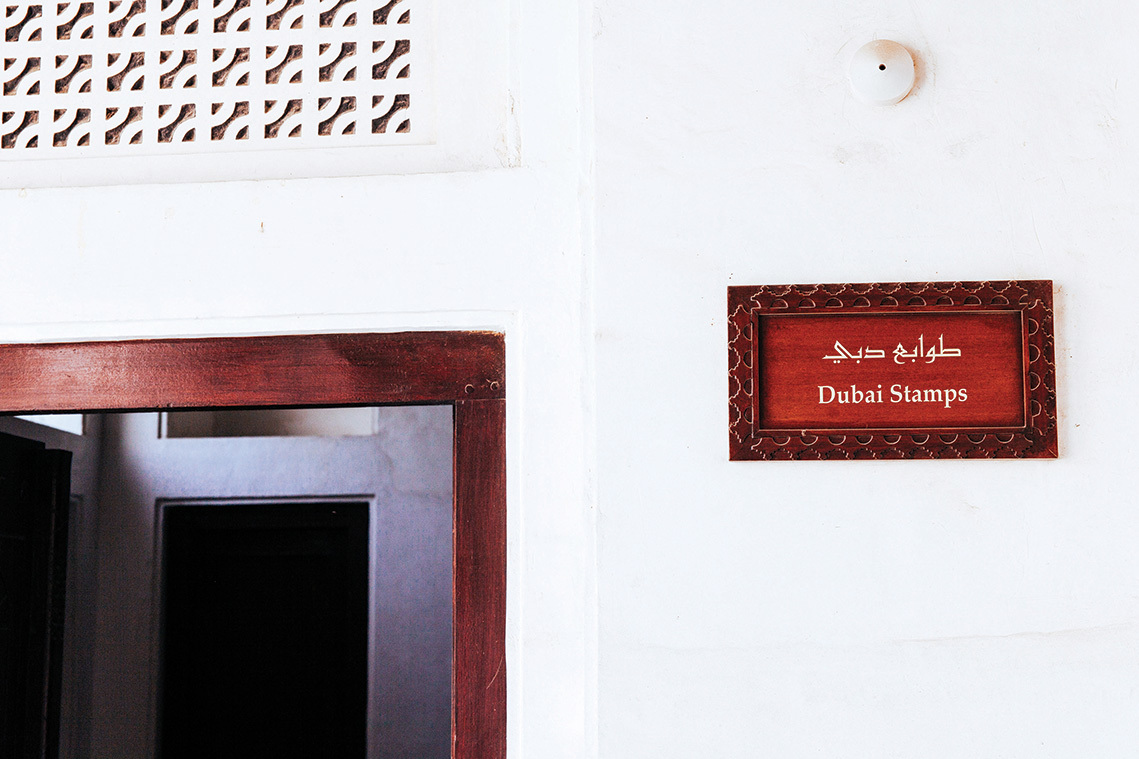 ‘I’m interested in its architecture,’ Alserkal says of the association’s nerve centre. ‘You could say that it represents the association both locally and internationally, and it’s also important that we stand out.’

Founded in the summer of 1996, the Emirates Philatelic Association now has nearly 350 subscribing members. Its council operates under a constitution – those seeking membership must be over the age of 18, ‘of good character’ and without criminal conviction.

The objectives of the association are  also straightforward: to bring together collectors, promote philately in the UAE and hold symposia and exhibitions. It’s also requisite, according to the constitution, that the association members ‘encourage other hobbies’.

‘We meet once a month, sometimes more,’ says Khalid, another member of the association. On the Philately House’s first floor, at one end of a roof terrace, is the association’s meeting room. It’s simply furnished with a boardroom table, seven chairs and a few wooden cabinets.

‘We discuss everything about philately here,’ explains Khalid. ‘Like exhibitions, auctions, new members, new issues as well as any international or regional events in which members are likely to participate.’ 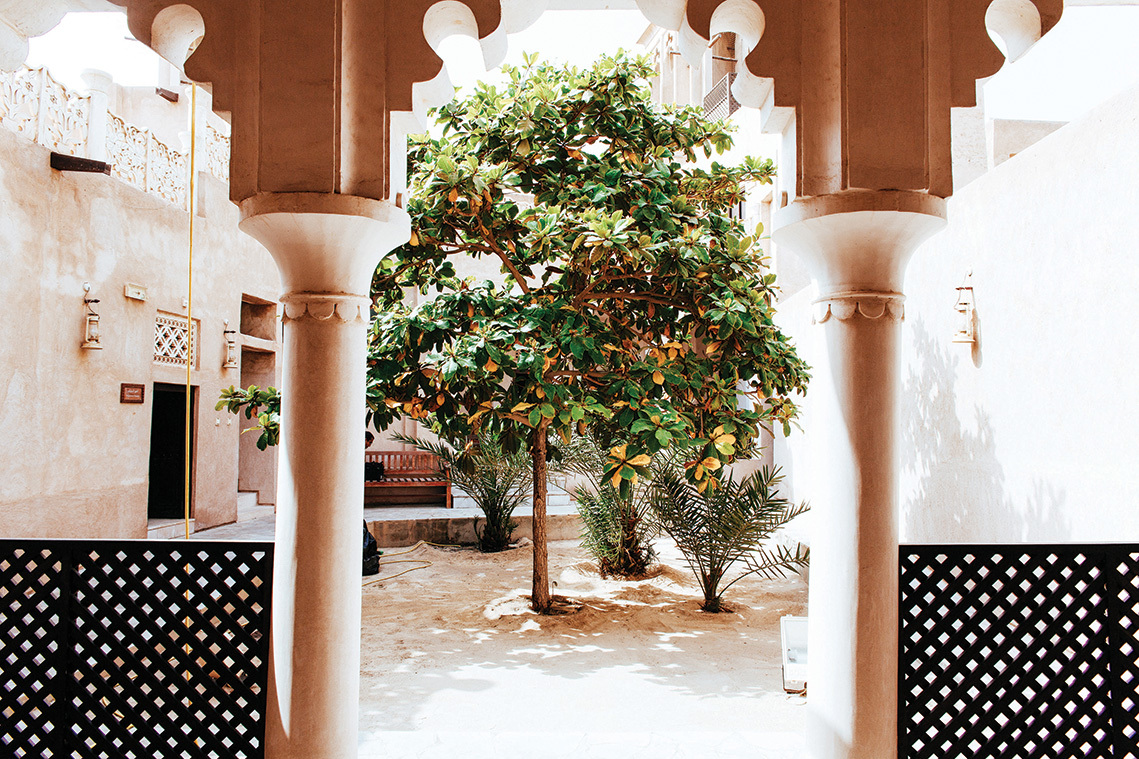 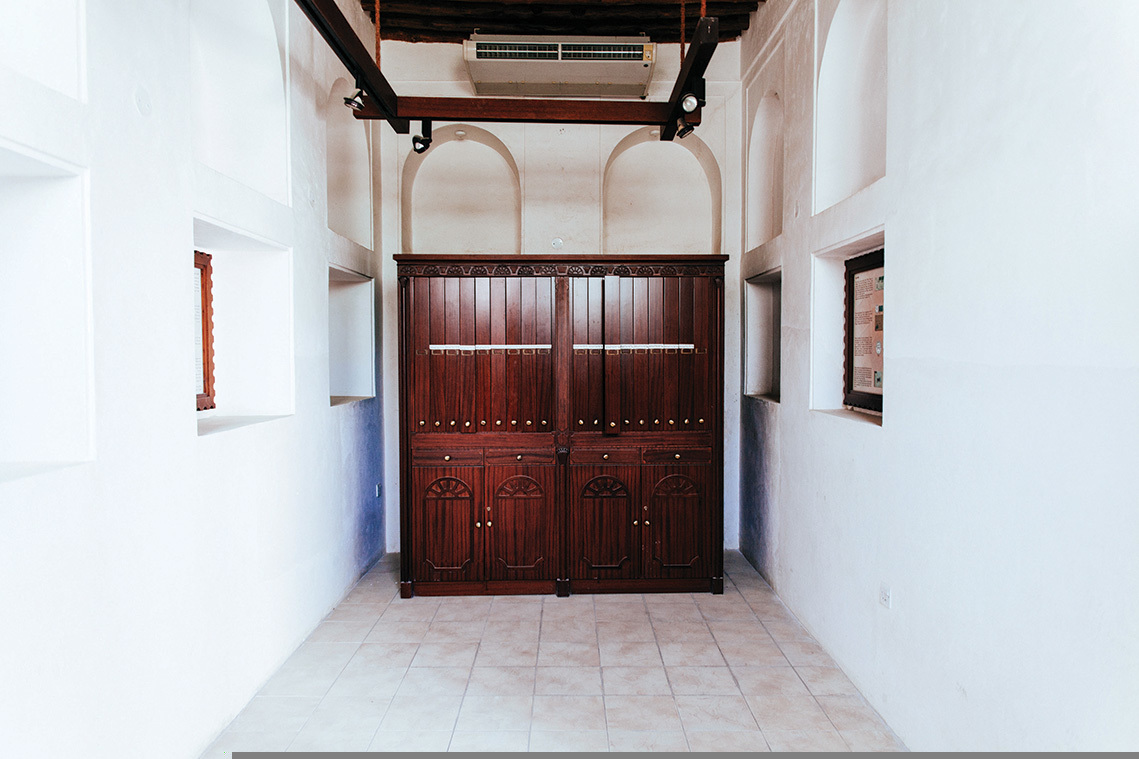 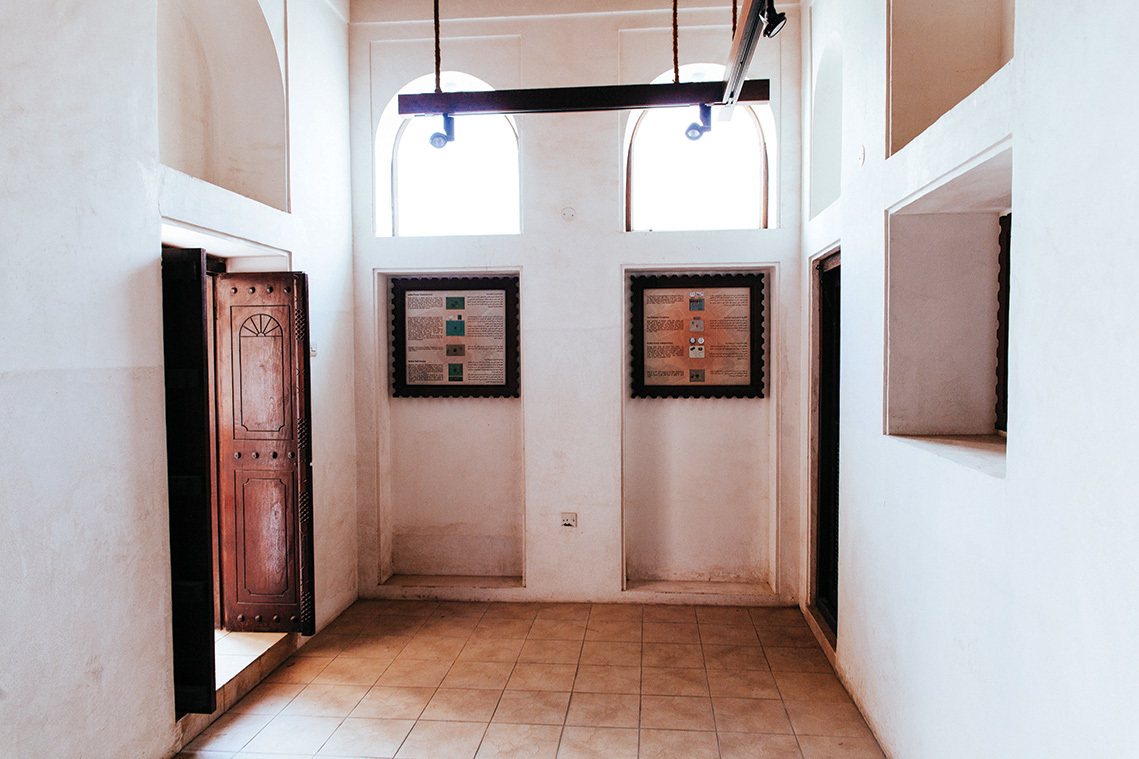 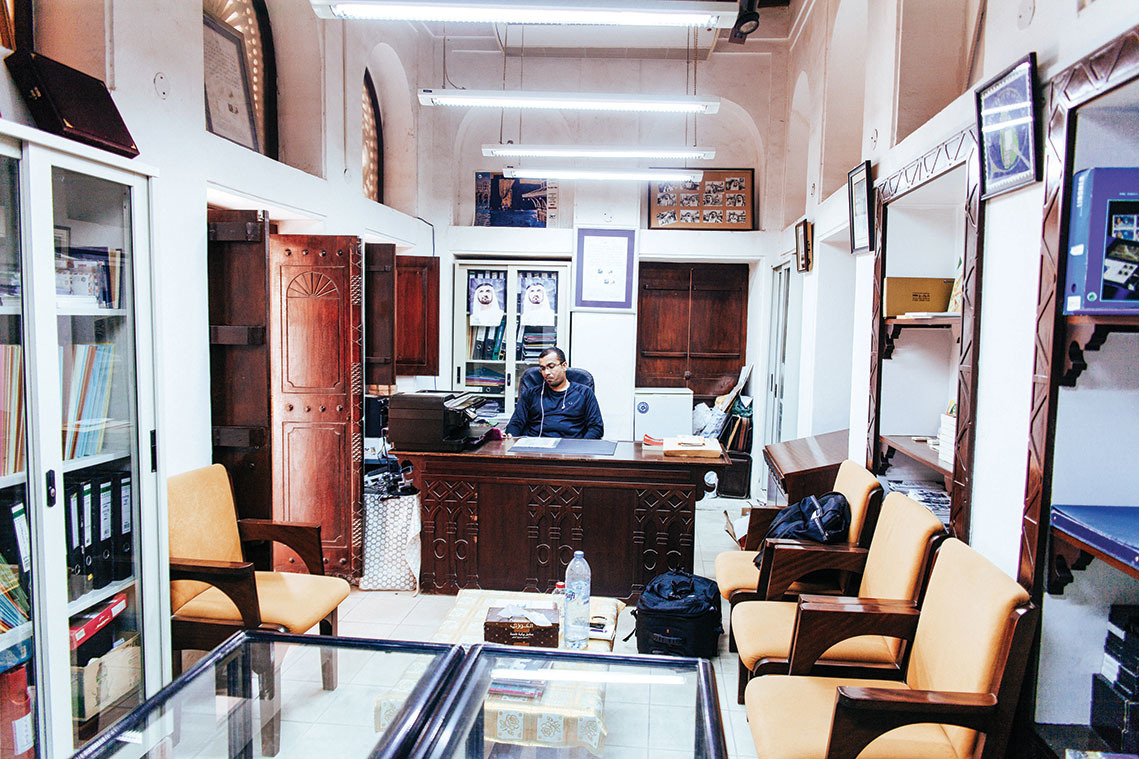 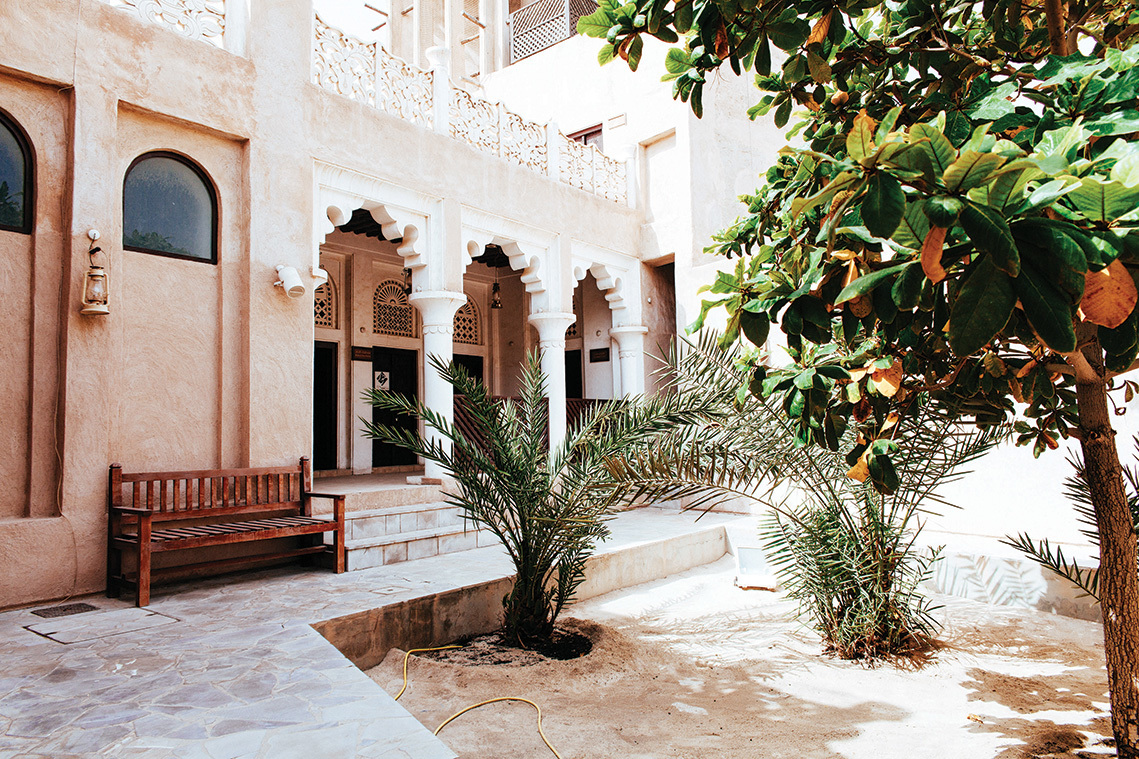 This year, acording to the bulletin board at the entrance of Philately House, such events include the upcoming Sharjah Stamp Exhibition 2015 – to be held in a mega mall – and exhibitions in Hong Kong, Taipei and Singapore.

‘Stamps tell you everything,’ Khalid continues. ‘The history of a country, its heritage, emblem and flag. They started as an advance fee for sending a letter, but quickly became the ambassadors of countries.’ It’s important, he adds, that the association uses its two-square centimetre stamps as canvasses to disseminate the history, heritage and culture of the UAE.

‘I collect stamps and envelopes from the UAE, both before and after the country’s formation on 2 December 1971,’ Khalid says. ‘I consider what I have to be very valuable. Stamps give you important details about the subject depicted, and each envelope offers a history of the UAE. Some envelopes even provide information that isn’t mentioned in history books.’

Downstairs, wooden placards announce the permanent exhibitions on display throughout the building: ‘History of Stamps’, ‘Prominent Stamps’, ‘Dubai Stamps’ and ‘Stamps of Other Emirates’. The site offers visitors a potted history of philately in the UAE; Khalid says his favourite thing is to ‘receive visits by tourists’.

The pullout drawers of the exhibition’s varnished plan chests chart the history of the UAE’s postal service. Its history, told from the beginning when it was under the Indian Postal Administration in 1909, walks visitors through subsequent decades during which mail steamers would carry letters franked with King Edward VII stamps to Bombay, until the service was transferred to the British Postal Administration in 1948. 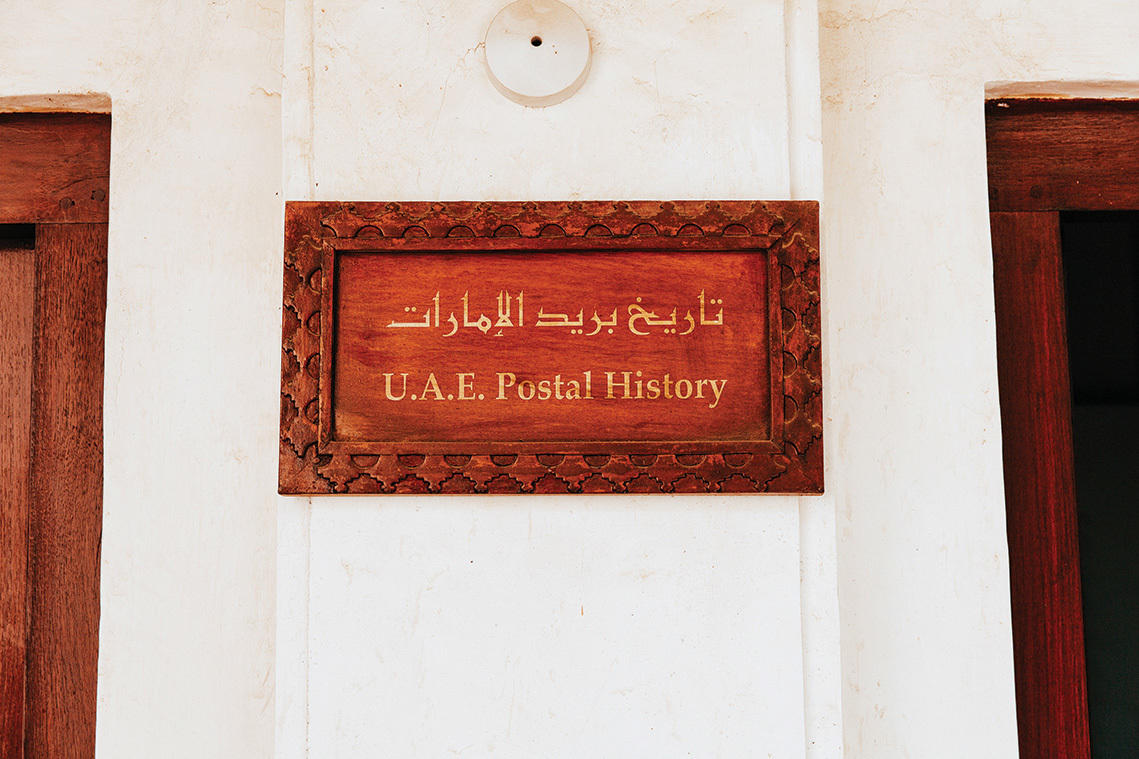 Following the dissolution of the Trucial States and the formation of the UAE, the nation’s postal administration took control of all seven emirates’ service in August 1972. Shortly after, new stamp runs were introduced, such as the ‘Ras Al Khaimah Roses’ set and Umm Al Quwain’s ‘African mask’ series – both of which are on display at Philately House.

Although Emirates Post, the UAE’s official postal operator, continues to honour the region’s culture with commemorative stamp sets, like a recent series depicting women’s role in the growth of the nation, Khalid is somewhat disparaging.

‘They’re designed by the artist of Emirates Post,’ he says. ‘Some of the issues do not have any taste or artistic merit in terms of colour, subject or design. Sometimes, they’re just ugly. They need a committee that includes a philatelist as well as an artist,’ he suggests.

In a digital age when technology makes philately a little easier (Alserkal would spend an hour on eBay every day during his teens), the demand for snail mail is superseded – it’s an important consideration for an association trying to attract new, younger members.

The Emirates Philatelic Association has appointed Alserkal to the board, grooming him to become a leader of the UAE’s next generation of philatelists. Regarding the future of his childhood hobby and the association, Alserkal sighs. ‘I hope it doesn’t fade out,’ he says. 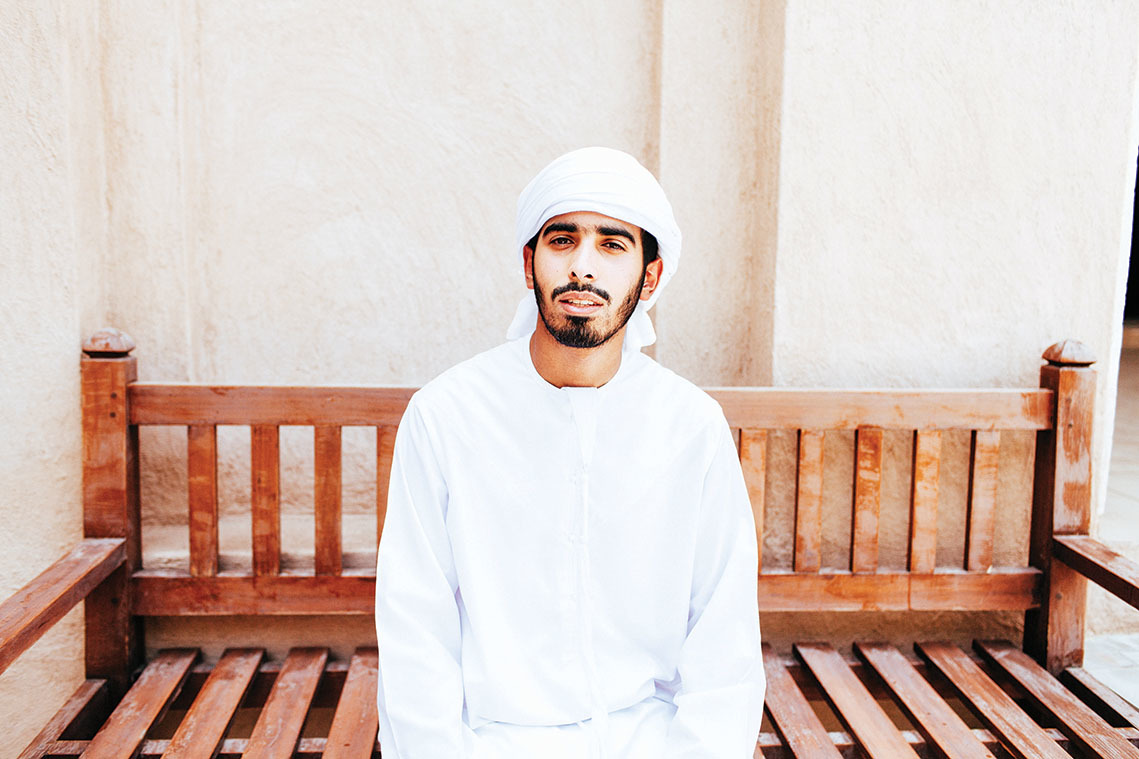 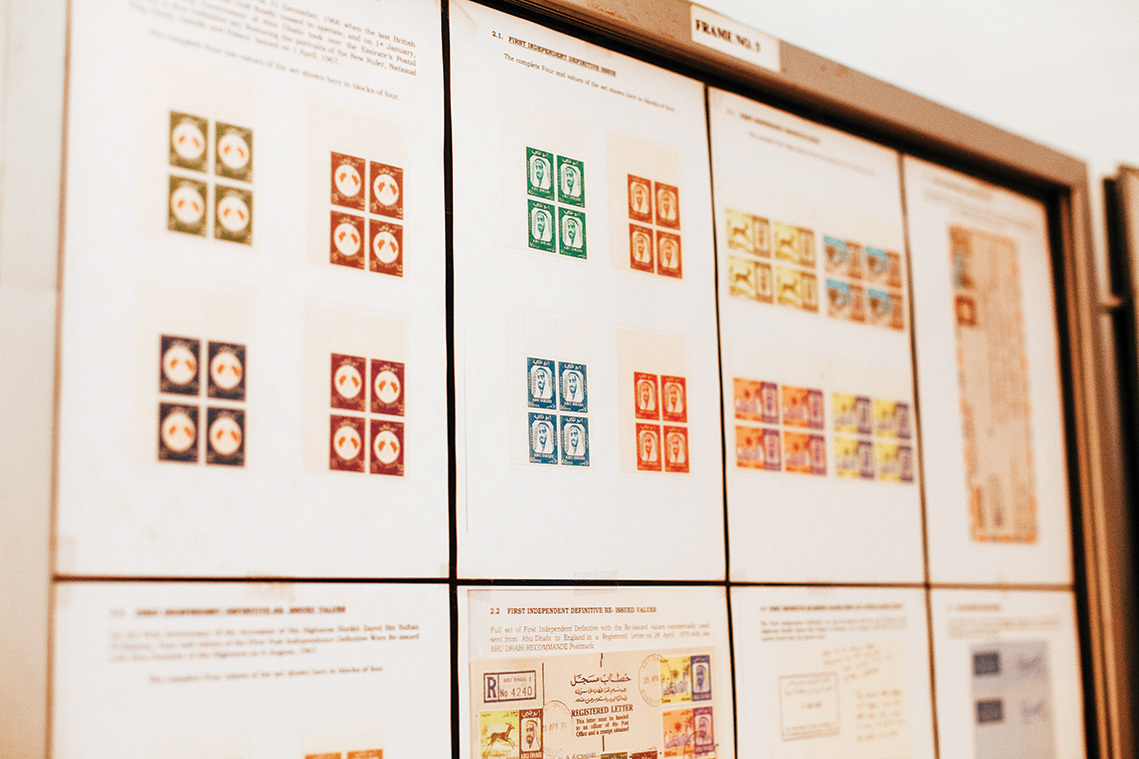 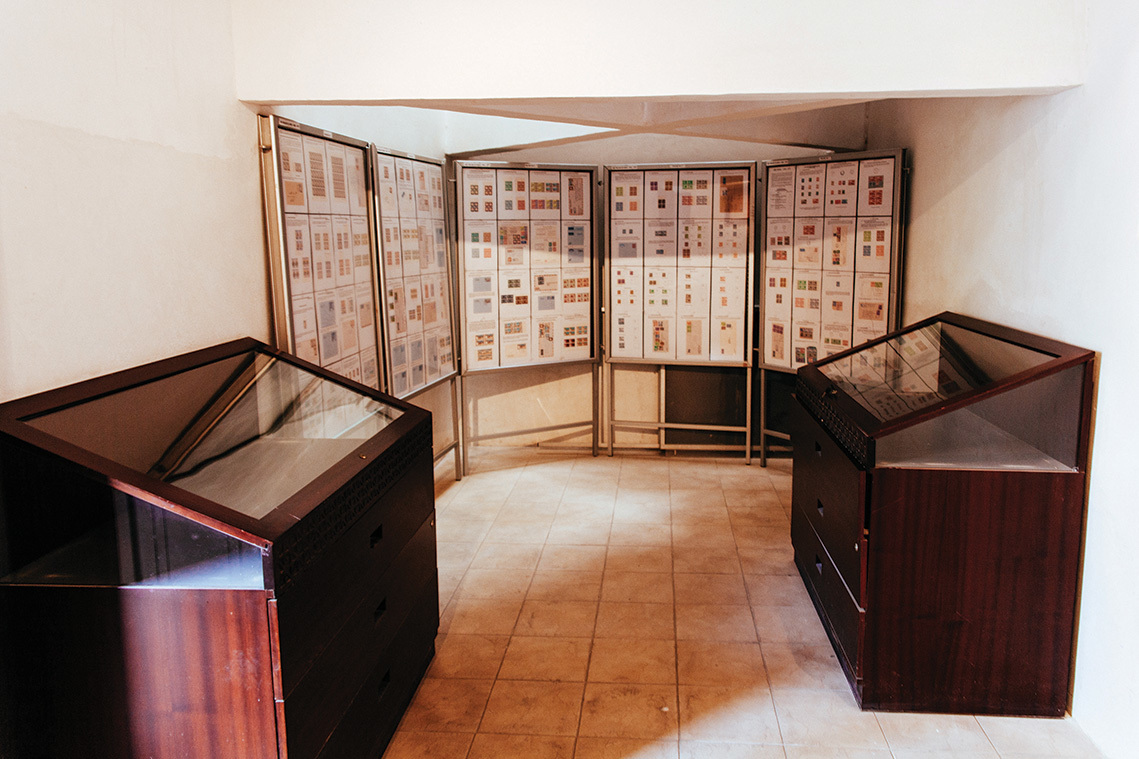 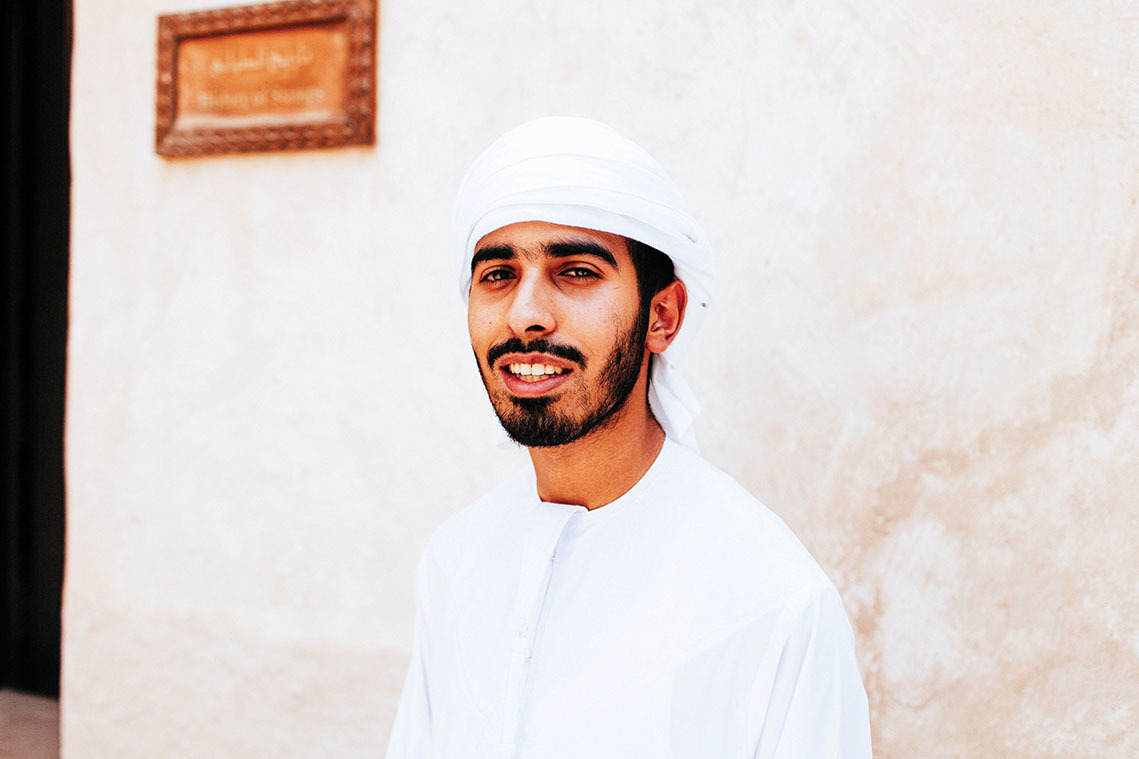