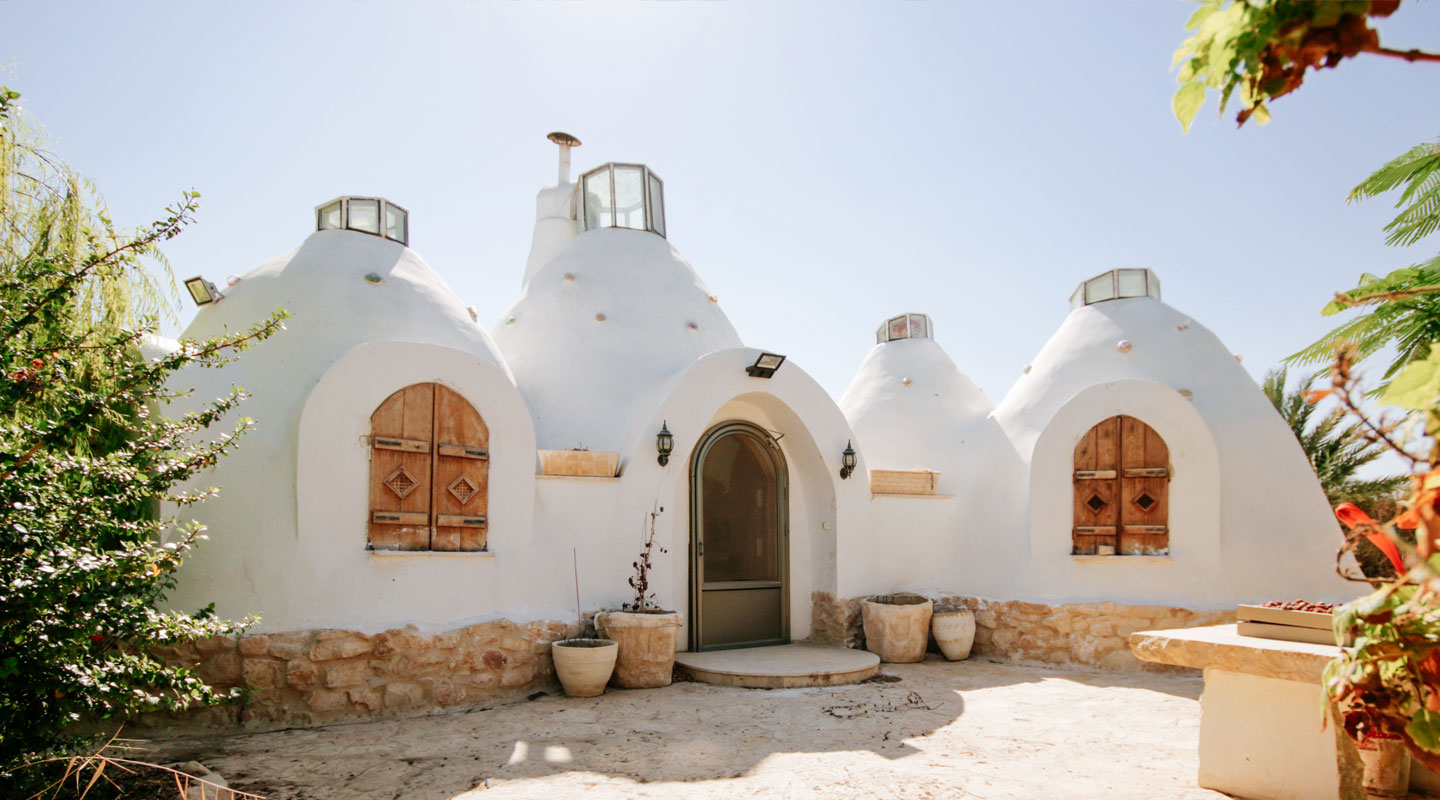 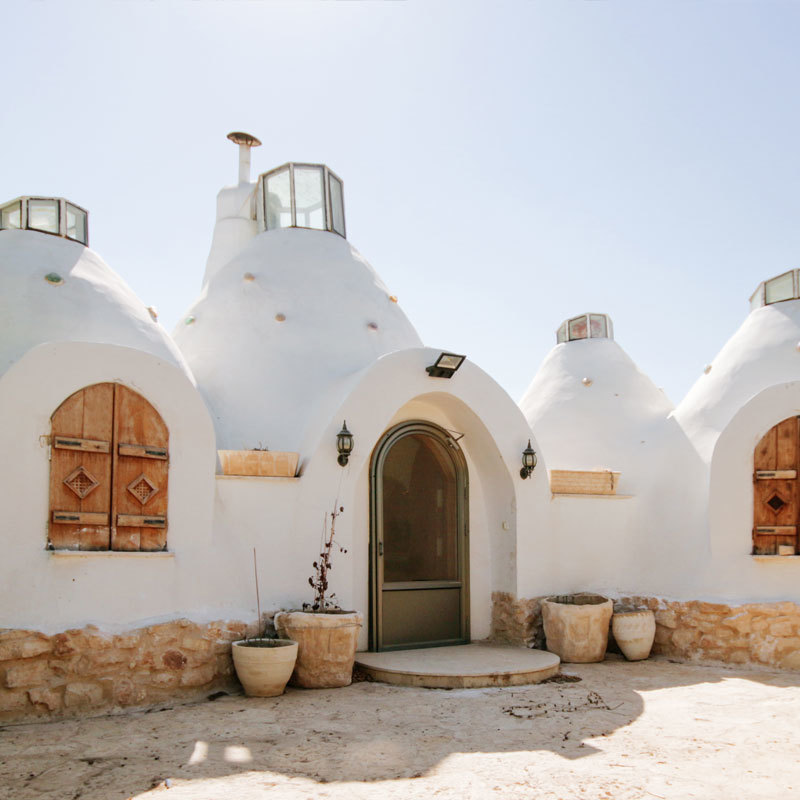 The Palestinian architecture collective on the Moon House – a home in Jericho made with the traditional mud building technique.

In a landscape jammed with concrete structures, for a group of architects to specialise in natural design is a unique undertaking. ShamsArd, founded in Palestine in 2012, is a firm doing just that. Architects Dana Masad, Lina Saleh and Rami Kasbari design a range of ecologically responsible buildings and furniture, following the long-standing tradition across the Middle East to build houses with natural material.

Egypt, Palestine, Syria and the Arabian Peninsula all share a history of constructing homes with mud; there were high rise earthen apartments in Yemen’s Shibam in the second century, and the famous walls of Jericho were made using sun-dried mud bricks. In 2013, ShamsArd followed that Jericho tradition and built the otherworldly, though completely earthbased, Moon House.

Atharna speaks to Saleh about the project and the collective’s commitment to sustainable architecture. 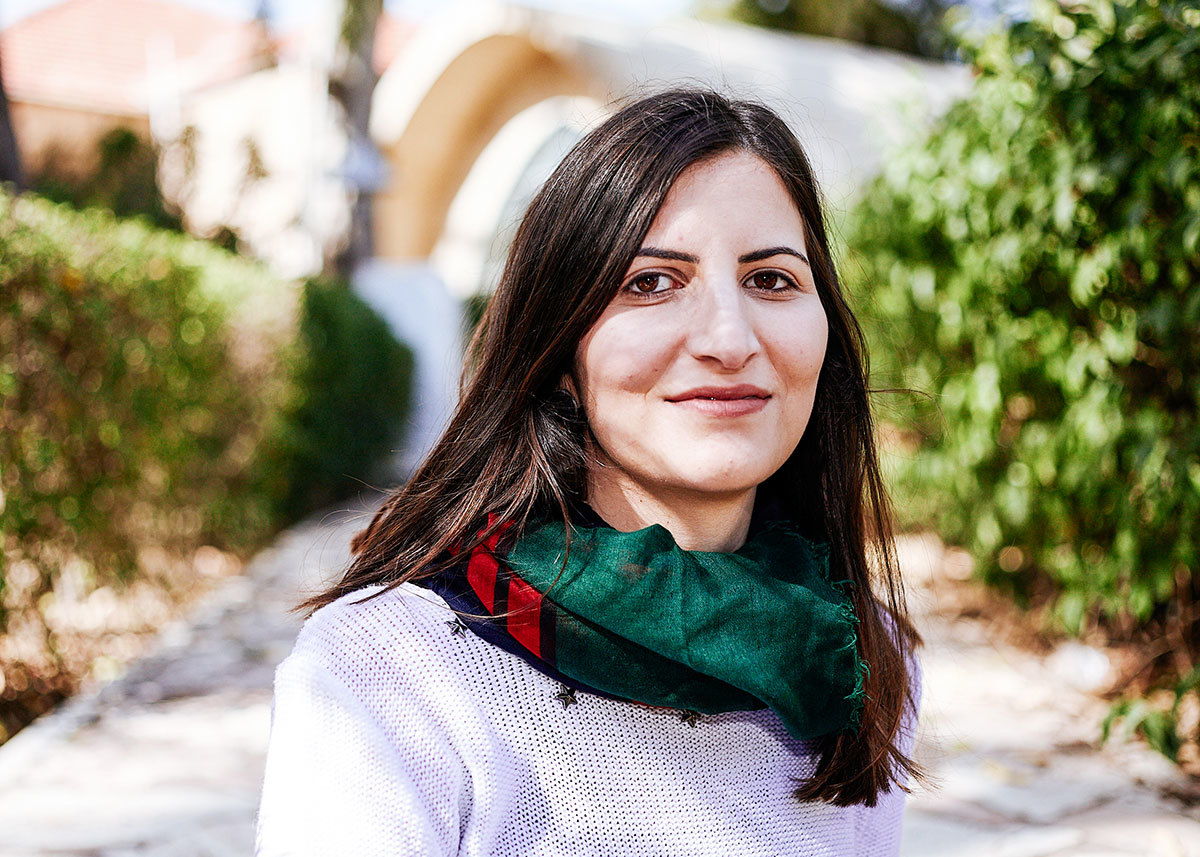 Lina Saleh, one of the founders of ShamsArd design studio in Ramallah. Photo by Raed Abu Ghazaleh

What motivated you to start your ecological building design firm ShamsArd?

We really wanted to start building with alternative local materials that don’t have a large impact on the environment. We came from different backgrounds but all had this in common: we wanted to do something different, something more socially, economically and politically responsible.

What factors influence the history of building in Palestine?

Palestine is very small, but at the same time has a diverse landscape. In Ramallah, for example, it is mountainous and rocky, so people traditionally used to build with big stones taken from the upper surface of the earth. In the Jordan Valley and on the seashore, they would use straw, soil and sand as the main building material, such as the traditional technique known as adobe bricks, toob al-libin. 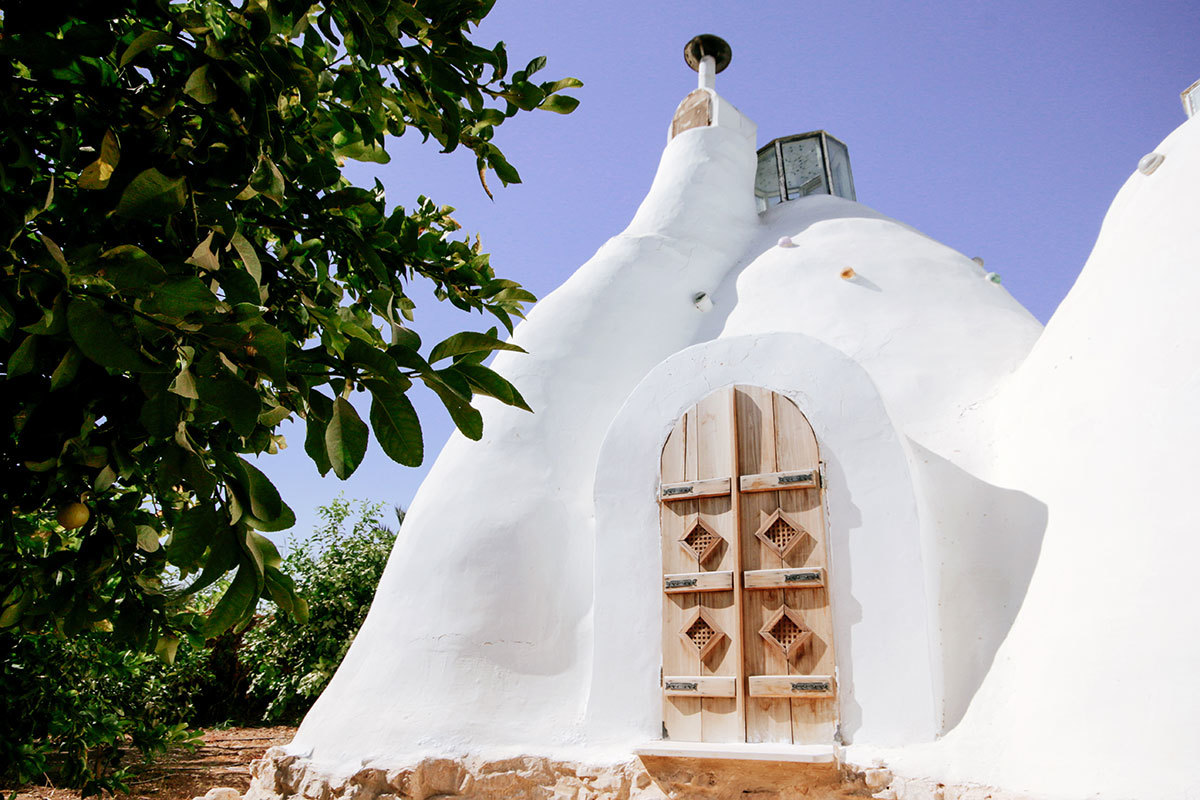 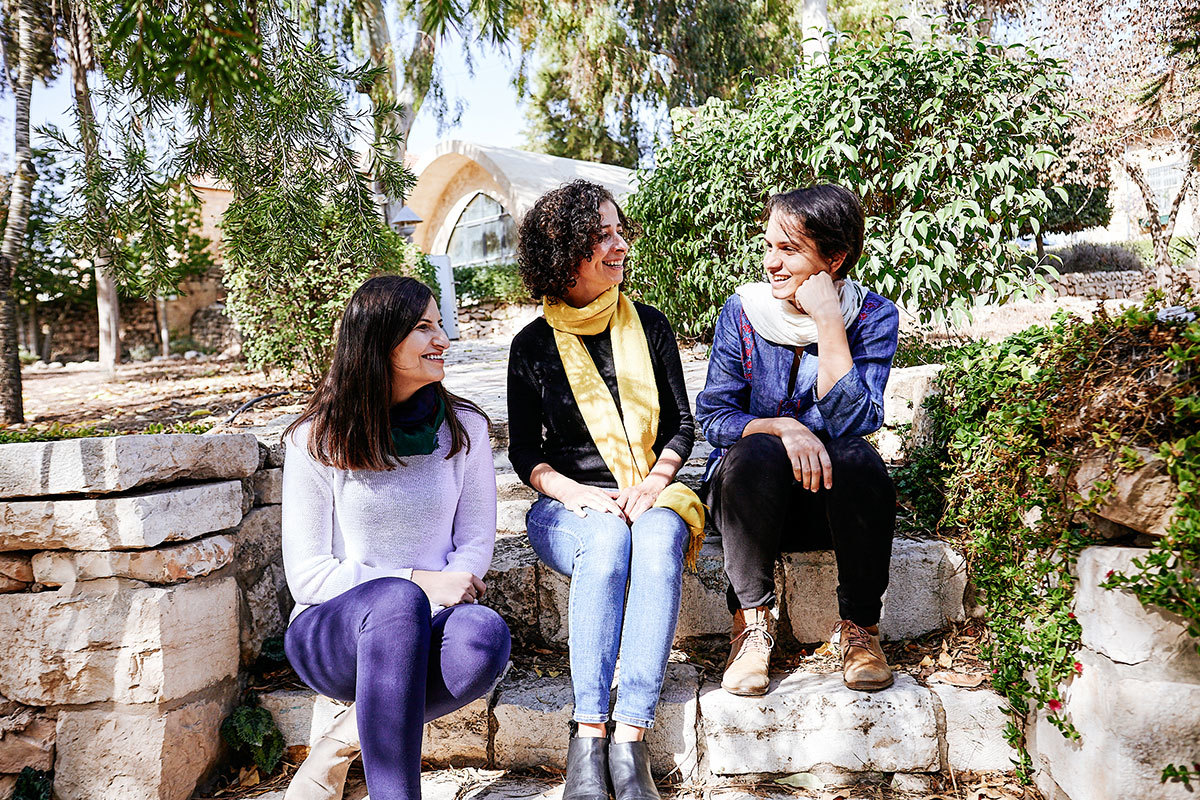 Top: Their design taps into Palestine’s history of earthen architecture. It was constructed from earth bags made from a locally sourced mixture of soil and straw.
Photo by Ahmad Al Bazz

How is natural building design received within a Palestinian landscape that now relies primarily on concrete building techniques?

Many people overlook the earthen architecture in Palestine, because a lot of it has disappeared or suffered from a lack of maintenance. Our earthen architectural heritage is now minimal. In our universities and in mainstream architecture schools around the world, they don’t teach you local vernacular architecture. So for us it was a process of learning from books, from institutions that are interested in these types of buildings, and of course, most importantly, from the local know-how of people here. We started experimenting with bricks made from soil and sand, making the necessary lab tests – it wasn’t like we had a ready recipe to work with. We still face challenges to cooperate with engineers as they are not usually willing to design earth buildings, and to get building licenses as earth is still not listed as an official building material.

Your 2013 Jericho residence, known as the Moon House, is perhaps the most unique structure in the Palestinian city. Where did the idea come from?

When the owner Ahmad Dawud first came to our office, he wanted us to design him a couch. He also told us that he had a small piece of land in Jericho and had just got the license for a concrete building cladded with stone, but was not entirely convinced with building a house with stone there. He told us stories about his grandparents' house in Jaffa that was built from earth and how it was cool in the summer and warm in the winter. We told him we’d be interested in building with these materials and suggested we design it for him from earth. 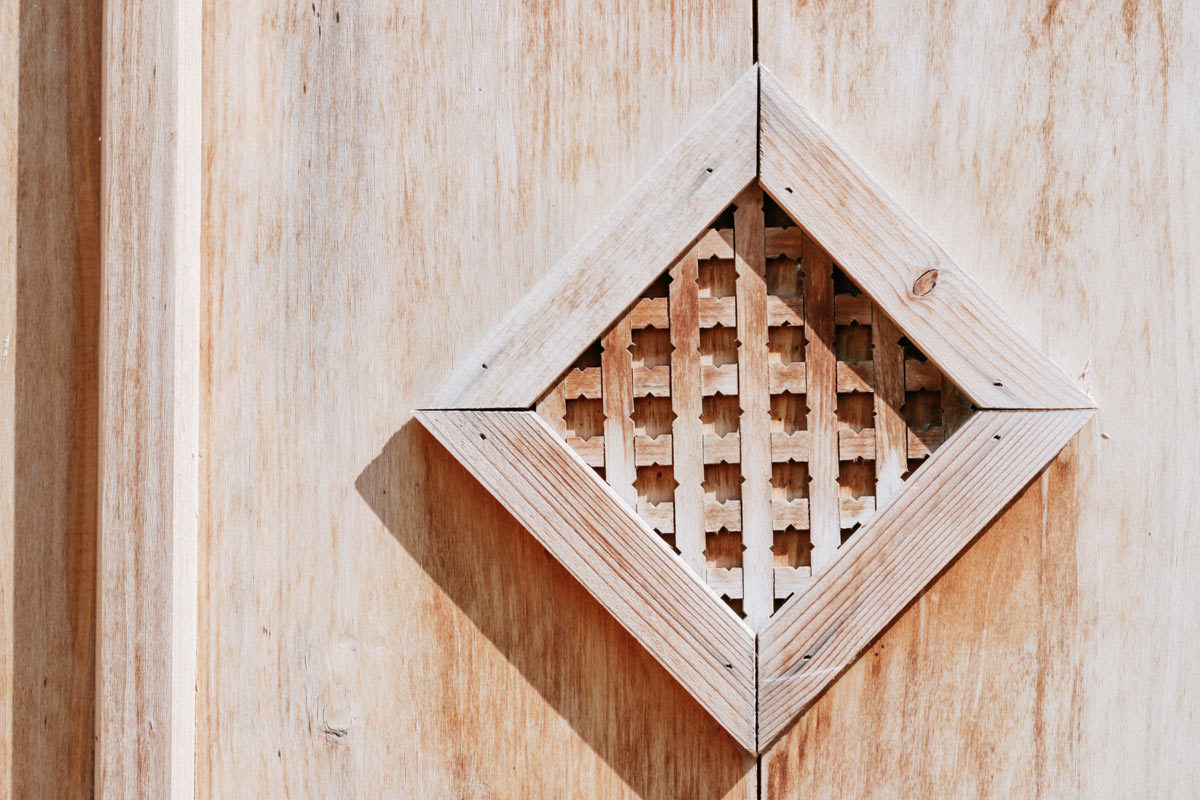 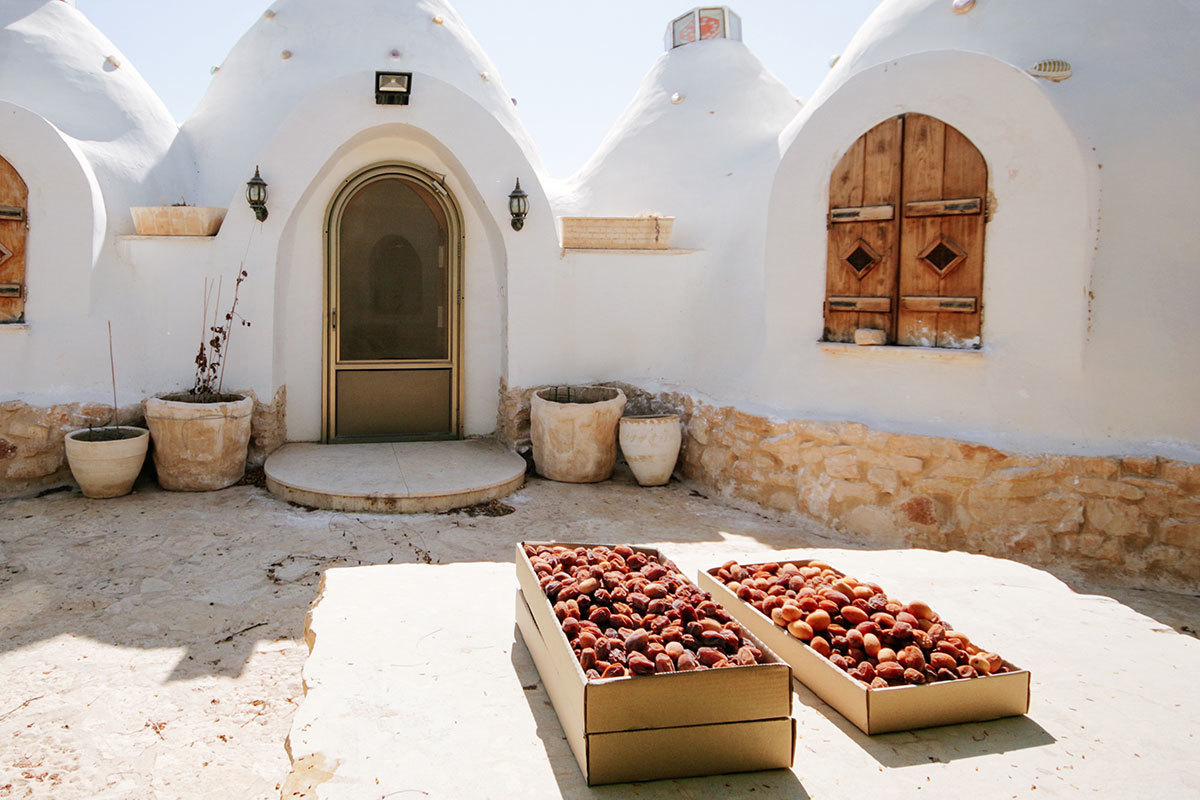 The house is made up of connected white plaster domes. What was the design and construction process like?

For Dawud it was a risk, because it was the first time we’d used this specific technique. But it was a simple process because he knew what he wanted – a small house from traditional materials, using passive solutions of ventilation and lightning to save energy and stay as cool as possible in a hot climate like that of Jericho.

The materials we used are local, but the technique is not traditional in Palestine. The technique itself uses plastic bags filled with earth, a special mixture of soil and straw. We added a small amount of gypsum to stabilise the mixture. The labourers, who built the house horizontally, mixed it: finishing the first row of bags, then continuing with one row after another until reaching the roof.

What are the benefits of using earthen materials in an extreme desert climate like Jericho’s?

Earth is a breathable material. But we had to experiment with the plaster and take measurements to know how the tiny particles of soil would work together. You can’t really have big openings in earthen buildings. It’s not like concrete, which is more flexible. You have to think of all the details, all the openings, because structurally it matters. But earth is a forgiving material, you can use it to sculpt forms that are unusual in concrete. 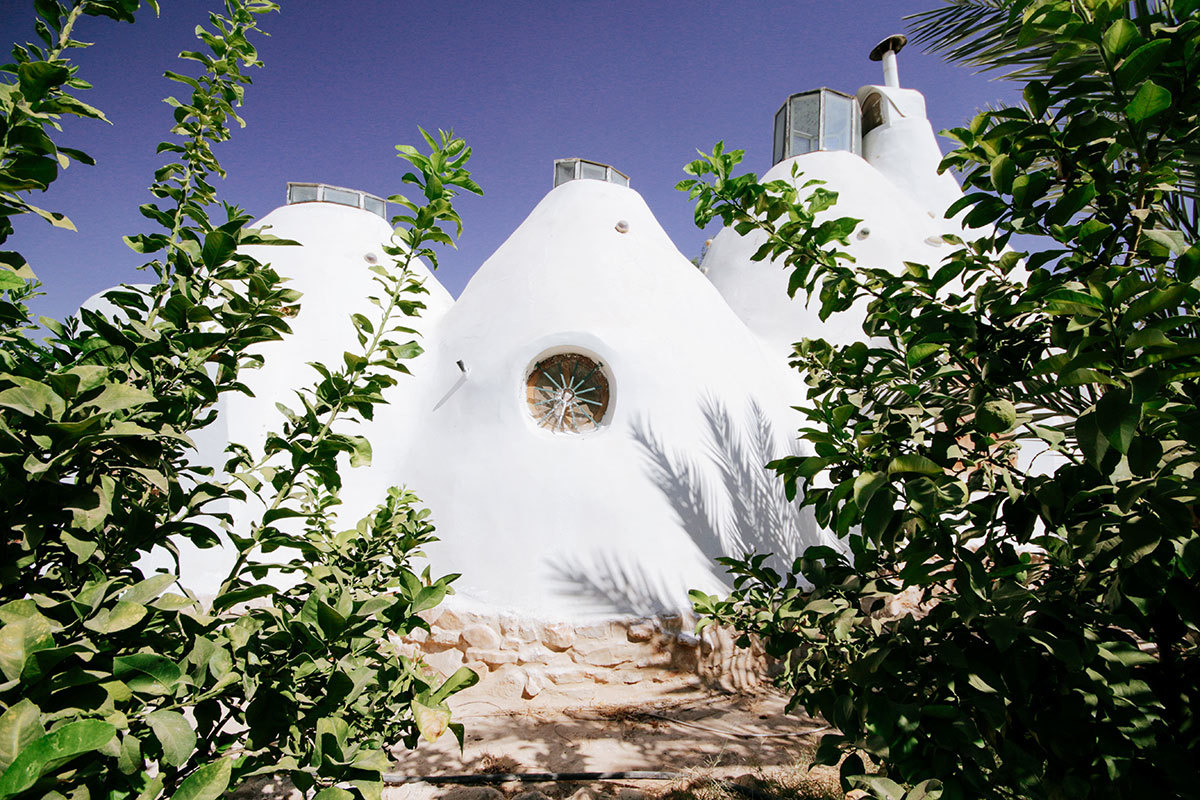 The 2013 Jericho residence, known as the Moonhouse was designed by Palestinian architecture collective ShamsArd. Photo by Ahmad Al Bazz

So it’s a balance – finding the right way to update a traditionally built house while also creating something new?

Every building has a special story. This was a simple house, for a simple client. It made a lot of sense for us because when we started, we just wanted to be approachable. We didn’t want people to be scared of the idea of ecological buildings, or stigmatising natural methods. We’re happy to work with people who want to build a house anywhere in Palestine. We offer solutions using materials that are traditional, local and have less impact on the environment.